Where the Ravens stand analytically after five weeks 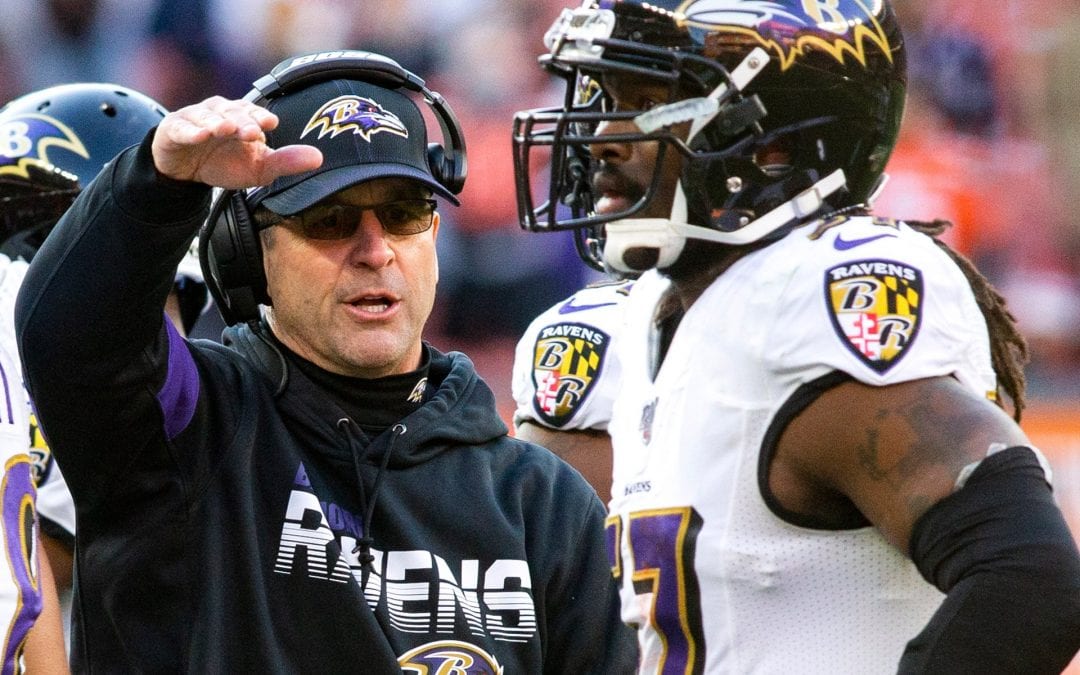 One of the major turning points of the season to me is Week 4. That’s when Football Outsiders finally has enough team-by-team comparison data to run with defense-adjusted numbers rather than the ones that are just pure outputs from the games.

So with Baltimore five weeks in, let’s take a look at where they are statistically on the three sides of the ball:

The shape of the Ravens offense has become one that is more focused on deep passes so far and that’s not always being done in a way that benefits the offense. Last season Lamar Jackson attempted 46 passes that Sports Info Solutions marked as “deep.” This year, in five games, they’ve already thrown 21. They’re on pace to throw 67 — almost a 50% increase — but they’re also barely on pace to complete more than they did in 2019.

Now if you’ve watched the games, some of those are about receiver drops. Purely on DVOA, this is a failure of the connection of Jackson and Miles Boykin. Boykin has a -31.0% DVOA on 17 targets.

I also think Jackson is dealing with just the normal bumps-and-bruises of becoming a franchise quarterback in the NFL. Habits pop up and have to be addressed. I think his pocket movement has not been quite as good as it was last season. I don’t want to send you screaming off a cliff here — Tom Brady dealt with growing pains too after a successful first season, Patrick Mahomes is also having bouts of this inefficient pocket movement in Kansas City — there is nothing bullet-proof in the NFL and no reason to think this is terminal.

I do think the Ravens could probably stand to dial back some of the shot plays. They had a good thing working last year and it’s natural that defenses would try to combat that. Some of the issues have come there as the scheme comes under more scrutiny. But the answer to that can’t just be lofting up deep shots — the Ravens will need to get deeper into their understanding of how to counter-punch.

Baltimore is third in defensive DVOA, second against the run and seventh against the pass. The run defense DVOA is a big patch on what was a bit of weakness at times last year, when they finished 21st in run defense DVOA and were gashed repeatedly early on in the season.

The pass is almost completely about playing Patrick Mahomes, blitzing him repeatedly, and getting gashed. Baltimore’s pass defense has dominated against the Ravens, Texans, and Bengals. And while the game against the Football Team isn’t great comparatively, they still held Washington down most of the game.

In general, the Ravens have a talented defense that is playing quite well. That unit has helped the offense stay level as they’ve struggled at times in games early this season. Calais Campbell has been a revelation on both run defense and pass defense. Patrick Queen has probably been the one glaring issue — he hasn’t had an amazing first month as a run defender or a pass defender — but there’s plenty of time to turn it around and the skill set is evident.

Baltimore’s always good at this, they are currently first in DVOA on the legs of the best kick return game in the NFL. Devin Duvernay’s 93-yard touchdown return may or may not have been involved. Mostly may.

But they’re also above average in every area of the special teams ratings per Football Outsiders. You’re used to this and probably even a bit spoiled by the Harbaugh/Justin Tucker combination. The last time the Ravens didn’t have a special teams DVOA in the top 10 was 2011.