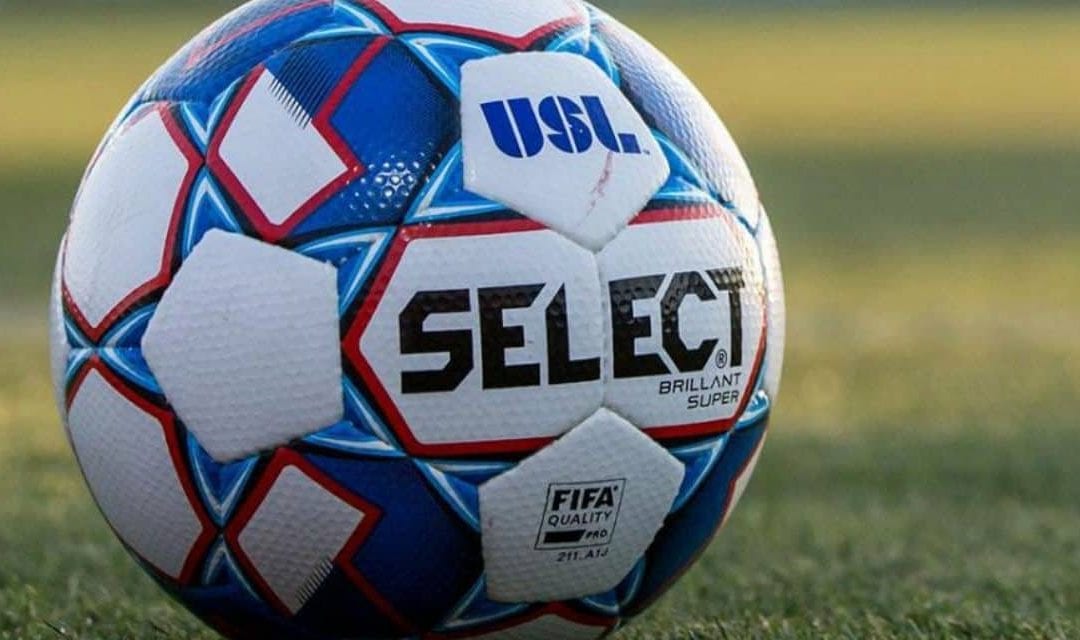 It’s been a year and change since USL Commissioner Jake Edwards most recently identified Baltimore as a highly desirable market for an expansion club in the USL Championship.

For fans getting worried by the silence since, Justin Papadakis has some familiar and frustrating, but probably fair advice. Wait just a little bit longer.

In an interview, the USL’s chief operating officer and real estate officer re-emphasized that the organization — which is the largest overseer of second- and third-division pro soccer in the United States — still views Baltimore as a key market to its expansion plans.

Other markets — like Providence, Queens and Des Moines — have made more concrete advances toward joining the second tier USL League Championship in recent months. But Papadakis suggested new announcements regarding Baltimore could be coming soon.

“We know that Baltimore can be one of the top soccer markets in the United States, and we have spent several years making sure we understand the market and that we find the right real estate and then eventually the right ownership group,” Papadakis said.

“We remain extremely bullish on Baltimore, and I think over the coming months we’ll have some exciting updates there.”

From TV ratings to participation in supporters groups for European pro clubs and the U.S. national team, Baltimore has always posted impressive numbers.

Securing its own pro outdoor team has always been more difficult, in part because of the challenge of finding a suitable facility.

Both M&T Bank Stadium and Oriole Park at Camden Yards are far too big and expensive to operate to be financially viable. More appropriately sized facilities on the campuses of Towson, Loyola and Johns Hopkins Universities are without any nearby restaurants, bars or other amenities that draw out more casual fans.

The focus has shifted in recent years to finding a site to build a downtown stadium — with a price tag of $50-$80 million, Papadakis estimated — that would have a capacity around 10,000.

That moderate profile would ideally make the stadium more versatile to host other functions aside from soccer matches than are the homes of the Ravens and Orioles, and thus more worth the investment

At the same time, Papadakis pushed back at the idea that a Baltimore USL team would feel like a “minor league” outfit. Some skeptical of the potential for USL success in the city have pointed to its checkered history supporting minor league teams, such as the Baltimore Skipjacks of hockey’s AHL.

“There will be nothing minor league about a Baltimore USL League Championship franchise,” he said. “This will be a market with a first-class stadium, a first-class ownership and a team that will compete for championships every year. We wanted to make sure that we had those components in place.”

Papadakis confirmed that Port Covington in the southern part of the city remains a potential stadium location, despite Under Armour scaling back plans for its new corporate headquarters there in the wake of the Covid-19 pandemic.

Part of the cuts to Under Armour’s complex include reducing the capacity of an outdoor athletic facility from 5,000 to about 1,400. But that facility was always separate from any potential USL stadium, and the changes have “no impact at all,” Papadakis said.

“We have spent several years making sure we understand the market and that we find the right real estate and then eventually the right ownership group,” he said.

Although the League Championship operates beneath MLS in the nation’s pro soccer pyramid, some of its clubs have succeeded in major league markets.

They include three cities familiar to Baltimore Ravens fans. FC Cincinnati’s USL team was so popular MLS was convinced to grant the city an expansion franchise. The Pittsburgh Riverhounds are among the longest-running clubs in the USL. And the Indy Eleven were second in USL attendance in 2019 at more than 10,000 fans per game.

One thing that helps is that USL clubs retain independence and control of their roster and coaching staff, unlike minor league clubs in baseball or ice hockey. That’s in line with soccer tradition around the world, although unlike other countries there is no promotion and relegation between the USL and MLS.

“We’ve tried to change that binary dynamic in the landscape of sports,” Papadakis said. “We don’t position the USL as a minor league. Our games are on ESPN+ and ESPN2 right alongside the MLS. In our markets, we are the top level of soccer.

“Baltimore should expect a first-class team, and I think that when the USL Championship does launch in Baltimore, that is what they’ll get.”

In trying not to appear “minor league,” it’s hard to imagine a worse brand than the city’s most recent pro outdoor club, Crystal Palace Baltimore. As the very name suggested, it was a subsidiary to the English Premier League club Crystal Palace, which plays in South London.

With its parent club encountering financial difficulties, Crystal Palace Baltimore went on hiatus following the 2010 season with the intention of being reintroduced with a more Baltimore-centric identity.

Ultimately the effort fell apart, as have a couple since.

What’s different this time around? For starters, the USL’s operating procedure. The USL has altered its tactics to taking the lead on negotiations with municipalities on stadium and infrastructure deals, then bringing in potential ownership afterward. That maybe could get a deal over the line where others have faltered.

There’s also timing. The city and state may have greater impetus to make a stadium deal happen as it pushes to generate enthusiasm for its bid to host games in the 2026 FIFA World Cup, and economic activity in the aftermath of the Covid-19 pandemic.

And there is a growing proof of concept that USL teams can be successful with the right model. Papadakis said the organization eventually envisions a League Championship tier with 30-35 independent teams and a League One with 30-35 teams.

In that wide landscape, clearly there must be room for Baltimore. So perhaps it is a matter of if rather than when, as Papadakis suggests. If so, it’ll be worth the wait.