Willard Hire All a Matter of Perspective & Context 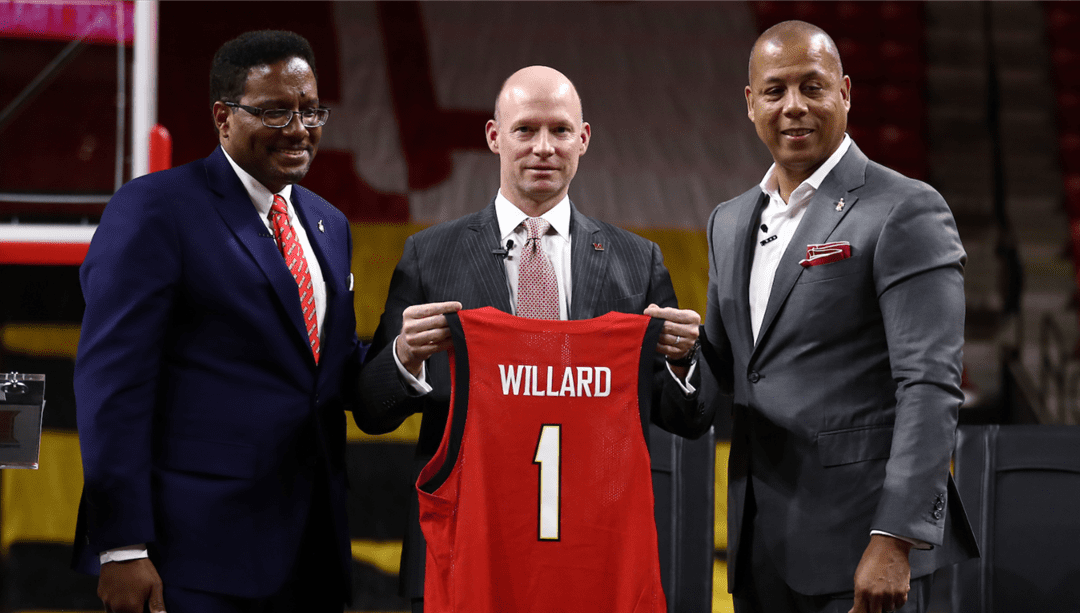 So, who did you want? That’s a question I find myself asking those who are not happy with the Kevin Willard hire at the University of Maryland. Often the answer is “well a bigger name” or a “hot assistant coach or up and coming Mid-Major coach.” To the latter my reply is sure Maryland may very well have found themselves a long-term successful coach with a Power 5 assistant or an up-and-coming Mid Major coach, but they weren’t willing to take the risk and why should they.

The program may not be Kansas or Duke, but it has had enough success and earned the right not to have to take such gambles at least not yet. If they could get a Power 5 or 6 proven Head Coach, why would they not go that route first.

That’s exactly what they did with the Willard hire.

In terms of the “bigger name” —How anyone thought that Bruce Pearl would ever be hired in College Park is beyond me, even the biggest booster fan of MD Men’s Basketball had to know better or should have known better. Likely that name either came from a delusional booster or a national media type throwing out some click bait material. Pearl wouldn’t be allowed within 100 miles of College Park if the Board of Regents had their say in Pearl’s travels. They do however have a lot of say in the hire of the Head Basketball Coach and with Pearl’s baggage it was never going to happen. Nor could Maryland compete with Auburn football money. The same could be said of Rick Pitino however he seemed surprisingly more palatable to fans and some in the administration. That probably had to do with the feeling of desperation about the program at times and the bigger fact he has won a few National Championships. At one point it was being reported that Maryland was heavily pursuing Pitino from the inside. That was simply not true. Yes, there was some interest on the inside from the President and AD but not to the level that was being reported. The interest was heavy from the outside and they were putting pressure on the higher ups in College Park to hire Pitino. Even if the President and AD were on board, would the Board of Regents have been on board and the answer is it likely no.

Even if they agreed on the surface, the asks by Pitino for the program likely would not have been agreed to by the administration. This leads to my next point.

The debate over reasonable expectations continues in College Park. I have certainly been one to point out while a good job there are challenges that many fans seem to be unaware of or simply ignore. With those challenges and other factors, you must be reasonable about the type of candidates that your able to attract that want to be here. I do believe you can win at Maryland, be a consistent Top 25 team, a consistent Top 5 team in the Big Ten and go to the NCAA Tournament 4 out of every 5 years. However, given the current make up and factors at College Park you’re not going to land the Rick Pitinos, Bruce Pearl’s, or John Calipari type coaches. It’s simply not going to happen.

I said from Day One on my Weekend Show on 105.7 The Fan in Baltimore that I was not necessarily interested in the big name hire for the next Maryland Men’s Basketball Coach. Yes, support and buy in from fans, alums and boosters is important but as I said if it’s the right guy then he will win and if he wins then the fans will come to the games, the boosters will donate money and most importantly the recruits will want to be a part of the program. While not flashy the Willard name should be very known by now because it was one of the four prominent names that were bandied about early and stuck. The other three were Enfield, Cooley, and Brey. By the way on that last name, I do think Brey would have been a good hire but let’s be honest Willard is younger, more energetic, and still very hungry. Mike Brey doesn’t have anything left to prove. Brey has done an outstanding job at Notre Dame which will always be a football school and has high academic standards. For a while the basketball program was doing a lot better than the football program. That’s impressive. For Willard this is a huge opportunity for his name, career, and legacy.

Willard’s reclamation project at Seton Hall was anything short of a miracle and he is the second most successful coach there next to PJ Carlesimo who worked magic at the school himself. Willard’s regular season resume speaks for itself. He has big time wins, plays tough schedules and his teams are tough and gritty. The praise lavished on him from the Jay Wright’s, Ed Cooley’s and Mick Cronin’s certainly had to make skeptical fans at least feel a little better. Willard has done very well in hiring not one but two assistant coaches with ties to the DMV. He has invoked the great history of Maryland Basketball, embraced Gary Williams, and said all the right things about the program. Sure, the lack of postseason success is fair to criticize because that was one of the biggest issues Maryland fans had with Mark Turgeon and that is not to be taken lightly. I would like to think though that at Maryland he presumably will have better teams that he will take into the Tournament than he did at Seton Hall. We will never know what he could have done with his Pirates team in the erased 2020 Tournament. Yes, Willard will be judged by his NCAA Tournament resume at College Park as he should. But even with that concern the bottom line is…

From a reasonable perspective within the context of the ins and outs of the University of Maryland thus giving you a certain pool of candidates you had to choose from, Kevin Willard was a good hire.