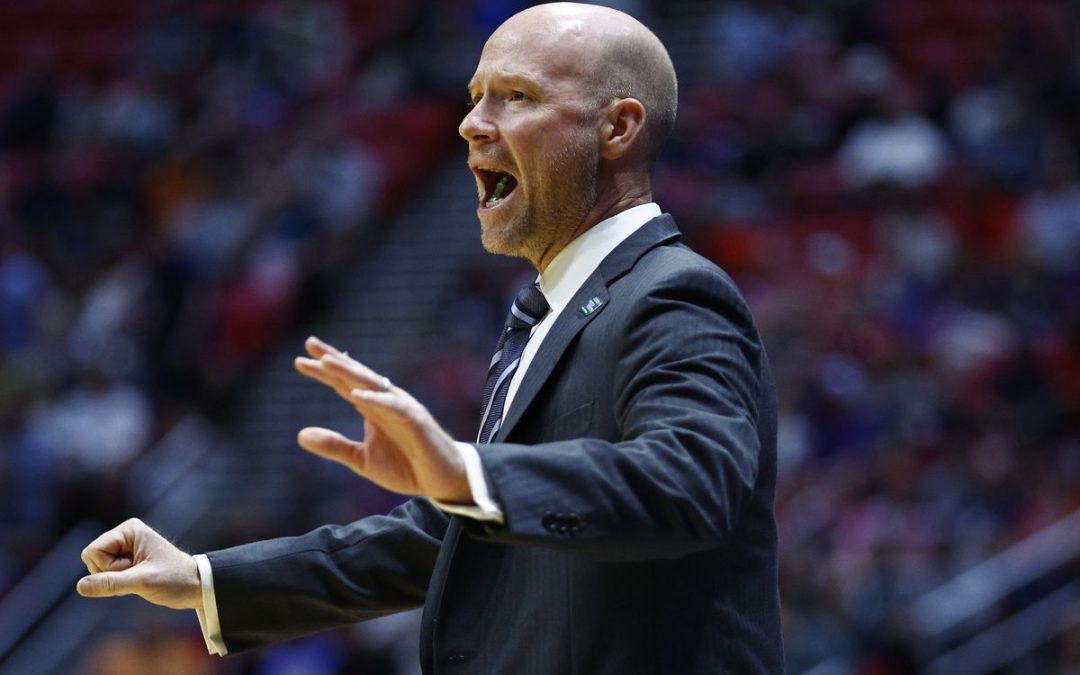 Now that Kevin Willard is officially the new coach of Maryland men’s basketball, it’s only natural to wonder where and how he will try to improve on Mark Turgeon’s underwhelming tenure in College Park.

One way that Willard can quickly distinguish himself from Turgeon is by continuing to have his teams play strong out-of-conference schedules.

During every season from 2016-17 to 2021-22, besides the pandemic-impacted 2020-21 season, Willard’s team played at least five power conference schools outside the Big East. The Seton Hall Pirates were willing to face traditionally strong programs like Indiana, Kentucky and Louisville, as well as newly successful schools like Texas Tech. I’m sure you also remember that Willard played a home-and-home with Maryland, winning both of those games.

Willard’s team also regularly ended up playing games at New York’s two NBA arenas. The Pirates played three games at Madison Square Garden and one game at the Barclays Center from 2016-17 to 2021-22. One of those games at MSG came against Kentucky, which Seton Hall won 84-83 in overtime.

Seton Hall’s schedule also meant that they regularly faced ranked teams, giving fans an early chance to feel excited about the team. They faced #4 Michigan and #7 Texas this year, giving them two early tests against teams who entered the season with lofty expectations.

While Michigan and Texas admittedly didn’t spend the whole year playing like top ten teams, that doesn’t diminish the fact that Seton Hall entered this season with a pair of exciting games against top teams.

Also, their 2018 meeting against Kentucky at MSG came when the Wildcats were #9 in the country. Kentucky ended that year in the Elite Eight, further demonstrating that Willard gave his team chances against some of the country’s best teams.

In comparison, Turgeon’s lack of strong opponents was one of many sources of frustration with the fanbase.

One example of Maryland’s weak scheduling comes from the incredibly hyped 2015-16 squad.

Maryland entered the season ranked #3 but barely ended up being challenged in the regular season before Big Ten play. While their trip to Chapel Hill to reunite with North Carolina was certainly a big game against a tough team, the rest of the schedule was unimpressive. They rekindled their rivalry with Georgetown, but the Hoyas were never ranked at any point that season. They scheduled preseason #20 UConn at MSG, but the Huskies ended up being unranked when the teams met on December 8.

On multiple occasions, Maryland also ended up playing zero out-of-conference road games outside of DC or Maryland. In 2016-17, they only played a road game against Georgetown and the 2018-19 Terps only left College Park for a game against Navy in Annapolis.

The 2018-19 slate was made even worse by the fact that they didn’t play any games at a neutral site. Turgeon’s teams had regularly been willing to do a Thanksgiving weekend tournament at a neutral city like Brooklyn or Orlando, but it didn’t happen that season. An entire out-of-conference slate with zero games outside your home state is atrocious and is something that should never happen again at Maryland.

Maryland ended that season with a #6 seed, losing to #3 seed LSU in the round of 32. Perhaps playing two or three power conference teams away from College Park in out-of-conference play could’ve improved their seed and given them more experience for the tournament, but we’ll never know.

If Willard keeps scheduling as he did at Seton Hall, Maryland will have an out-of-conference slate more aligned with some of the sport’s successful programs.

For example, Villanova was willing to play at UCLA and Baylor this year and played Purdue and Tennessee on back-to-back days in a tournament held in Connecticut.

Meanwhile, Michigan State played Kansas in their annual game for the Champions Classic and then spent Thanksgiving weekend in the Bahamas facing UConn and Baylor. Those neutral site contests were joined by a road game against Butler and a home game against Louisville, giving the Spartans five contests against power conference schools.

Of course, the elephant in the room is that Willard’s strong out-of-conference schedules didn’t help Seton Hall’s performance in the NCAA tournament. Scheduling and beating Kentucky didn’t save them from losing to Wofford and Michigan made the Sweet 16 even after Seton Hall beat them in Ann Arbor this year.

It’s certainly valid to wonder how much Seton Hall’s scheduling made a difference when it really mattered, but it seems like it should definitely make a difference at a new program that had very timid out-of-conference schedules with its prior coach.

While the first year of Willard at Maryland will probably be a bumpy ride with a new roster, he should still be willing to continue what he did at Seton Hall and give Maryland at least five out-of-conference games against power conference schools.

Just to speculate, Willard could look into a home-and-home with an old Big East foe like Villanova. Jay Wright vouched for Willard to get the job, so I can’t imagine it’d be too hard for them to arrange a chance to face each other at Willard’s new job.

There are plenty of aspects of Willard as a coach where we’re going to need years to confidently declare if he’s better than Turgeon. However, a strong out-of-conference slate in year one would instantly signal that Maryland is going to start seriously testing itself outside of the Big Ten. Let’s hope it happens.