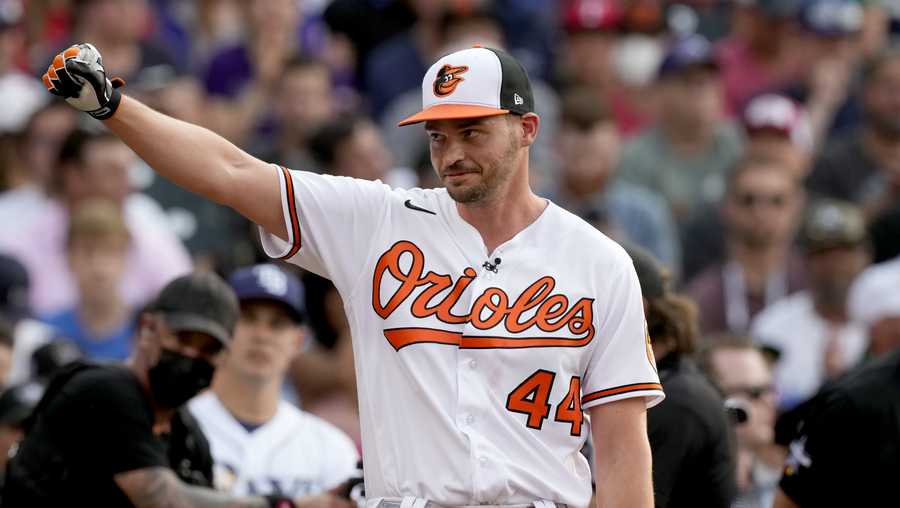 The trade deadline is coming up at the end of this month. The Orioles aren’t competing for the playoffs in 2021 so it seems obvious they’ll look to sell off short term assets to acquire longer term value. The extent of any selloff will impact next year’s team. If the front office sees next year’s Orioles team as competing for the playoffs, they may be less inclined to trade away players who could be important contributors next season. If, however, their playoff window doesn’t begin until 2023 or later, there could be more players on the trade block.

With that in mind, here are a few players the Orioles could look to move this trade deadline. Or not.

This is the biggest piece. Mancini is a feel-good story after his recovery from cancer, and he’s an important clubhouse presence. He’s a part of the Baltimore community and his loss would be felt off the field as well as on. But, he’s under team control just through next season, so unless the team offers and he accepts a contract extension (a possibility), the time to receive full value in trade is now.

Mancini is a bit of an inflection point on the Orioles intentions for next season. Trading him means, in essence, the team is not intending to compete for the playoffs in 2022. That might seem obvious, but considering the Orioles small payroll and increasingly large pool of prospects, it stands to reason the team could look to make some major upgrades over the winter, but doing so immediately following a Mancini trade wouldn’t make much sense.

One of the best fits might be in-division rivals the Boston Red Sox. The Red Sox have been scuttling along with Bobby Dalbec, a power hitting but extremely strikeout prone young hitter, at first base. Mancini would be a large step up over Dalbec and it’s possible the Red Sox would be willing to trade real prospects to make that step up happen. Prospects like center fielders Jeisson Rosario and Gilberto Jimenez, third baseman Hudson Potts, or starting pitcher and former first round draft pick Jay Groome could be available.

Fry and Scott are both relievers having decent seasons. Neither is blowing the competition away, but both are above average relief pitchers and, as we’ve seen over recent seasons, this is the time of year when teams overpay for exactly that. Both Fry and Scott have three seasons of team control remaining after this year, so teams wouldn’t be getting a rental, and neither player is on a long term deal, so acquiring teams wouldn’t be on the hook for anything long term either. Both players could fit into the back end or middle of a contender’s bullpen relatively seamlessly. In short, both are desirable and valuable trade chips.

Of course, the Orioles don’t have to deal either player, which is a nice spot to be in. They’re both useful pieces to Baltimore’s bullpen now, could be so again in 2022, and potentially in 2023 as well. Unlike Mancini where a deal implies a direction for the club as a whole and unlike Galvis who is essentially on the roster for the distinct purpose of being dealt, Fry and Scott could be traded if the right deal comes along, or the Orioles could hold on to both or they could trade one and not the other. This will depend on the market and the organization’s internal evaluations of both players. Whether they are or aren’t dealt though isn’t necessarily a comment on the direction of the organization as a whole.

I don’t think John Means will be traded. I don’t think the Orioles should trade him. He’s not going to be a free agent until the 2025 season, so there’s no particular rush to move him unless the organization thinks he’s going to become less valuable than he is now for some reason or another. But even if that’s the case, the difference in his value now coming off an injury and later when his ERA catches up to his FIP or xFIP a bit likely isn’t enough to force a trade. If another team comes along willing to blow the doors off to get Means, then it could make sense. But even then at some point the Orioles will need some league average or better pitching if they ever intend to actually, you know, win some games at the major league level. You can’t trade everyone, after all. Means probably isn’t a Game One starter in a playoff series, but there’s no problem with starting him in Game Three or Four. Anyway, I’d be surprised if Means is dealt, but his name is out there and with the Orioles showing no signs of competing in the coming seasons, it’s definitely a possibility. In a way, his recent injury may have saved the Orioles from having to make that decision, at least right now.