Should Wright Move to Bullpen? 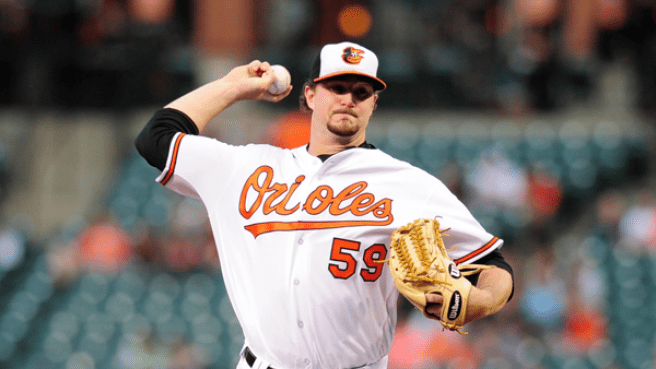 When Mike Wright is on, it is easy to see why his potential has long intrigued the Baltimore Orioles. The ability to consistently throw a fastball in the mid 90’s and generate ground balls combines for an intriguing skill set, and it is something that the right-hander displays at his best.

Unfortunately, Wright has struggled for much of this season—his ERA stands at 5.83, and he is not inducing the swings and misses that he is clearly capable of generating. Add to this the fact that his teammates Tyler Wilson and Vance Worley are both off to excellent starts, and Wright’s short-term future with the Orioles looks a little murkier.

Should he continue to struggle, the Orioles might opt to make a move that for some has seemed inevitable and place Wright in the bullpen. With his velocity, he would have a leg up in the transition, which would also allow him to pare down his secondary offerings. For instance, Wright’s changeup has traditionally been a workable pitch, but the same cannot be said for his curveball. If he were moved to the bullpen, Wright could focus more on strengthening the better parts of his repertoire and shelve the pitches that have caused him problems.

The fastball, changeup, and sinker combination—and perhaps the slider as well—would work for Wright out of the bullpen. He would also have the benefit of making the transition with an organization that has successfully moved a few pitchers into relief roles, including Brian Matusz and Zach Britton.

If the Orioles are to make this move, it might make sense to send Wright down to Triple-A Norfolk, even if it is for the short term. As a team that is trying to stay at the top of the division, the Orioles do not necessarily have the room to develop relievers, especially when they are already trying to ease Dylan Bundy into the majors and are working to further refine Mychal Givens’ tantalizing offerings.

Sending Wright down would require a subsequent move and, with no timetable set for Yovani Gallardo’s return, the Orioles would likely promote another pitcher from Norfolk. Oliver Drake could be a candidate, as could David Hale, T.J. McFarland, or Chaz Roe, though Roe is not on the 40-man roster. At that point, the Orioles could slot Worley into the rotation and make another decision once Gallardo returns.

Perhaps with a few starts, Wright can hone his offerings and become at least a serviceable rotation option. However, if his struggles continue to manifest, the move to the bullpen might be the best decision for the long haul.