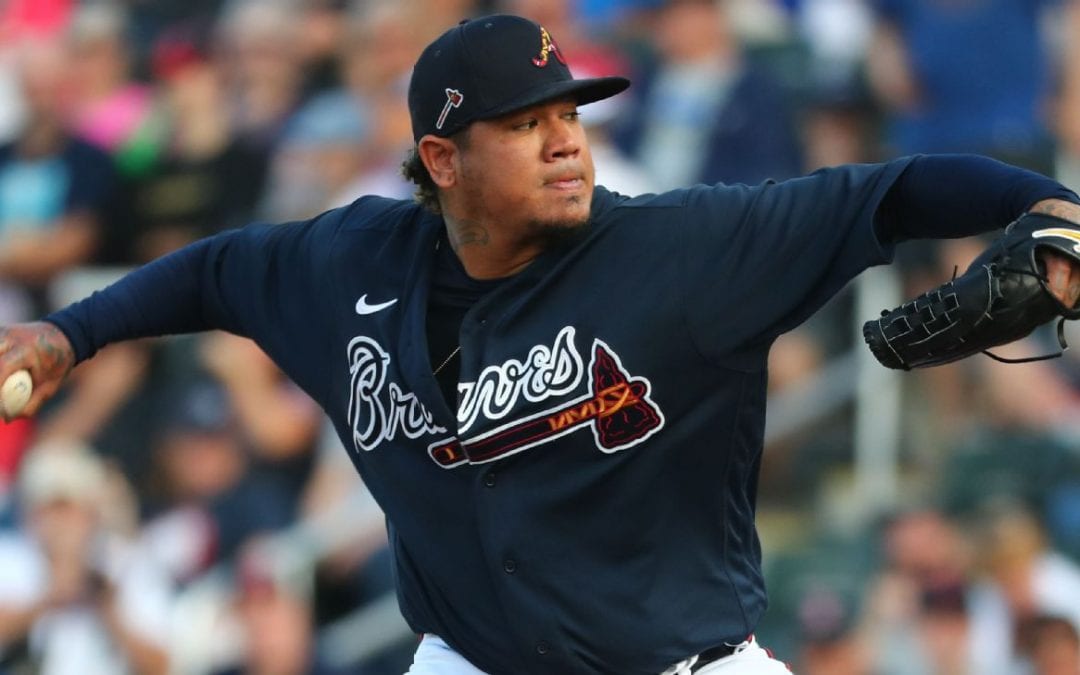 here’s a tried and true maxim when it comes to rebuilding teams. They’re where old pitchers go to die. OK, I just made that up, but it’s totally true. Yesterday the Orioles dealt Alex Cobb and $10 million to the Angels for Jahmai Jones, a speedy second base prospect whose actual production in the minors hasn’t yet lived up to his prospect hype. That deal opened a hole in the O’s rotation, and as they say, waste abhors a vacuum.

No coincidence that the same day Baltimore sent Cobb to summer in southern California they signed lefty starter Wade LeBlanc to a minor league deal. And no coincidence that the day after that they signed Felix Hernandez – yes, that Felix Hernandez – to a minor league deal as well. So tomorrow you can expect they’ll sign John Smoltz, or perhaps Jack Morris.

Neither Hernandez nor LeBlanc are locks for the rotation, and indeed there are a bunch of other options still available on the free agent market. Giving Jake Odorizzi a three-year contract seems unlikely at this point but beyond the top three of John Means, Keenan Akin, and Dean Kremer, there are a whole bunch of other options available both in-house (Lopez, Zimmerman, Baumann, Lowther, Wells, and Smith) and on the free agent market. Because the in-house options have been discussed extensively here at BSL, I’m focusing more on the free agents and the two guys they just brought in on minor league deals.

The benefits of a minor league deal like these are almost entirely on the team’s side. If Hernandez shows up for spring training and the O’s don’t like what they see, they cut him with no obligations remaining. If they think he can contribute, they keep him on the roster. If he pitches well they can trade him at the deadline. The Orioles are in a rather unique position due to the fact that they’re not trying to win this year. They have rotation spots available and they can leverage those as opportunities and turn those opportunities into future assets. Hernandez fits that mold.

Here are some the candidates who could help round out the rotation and what they’d bring to Baltimore. We’ll start with my man, King Felix.

Felix Hernandez – Look, I really want to see this, alright? The O’s have a bit of a youth movement going on, and that’s nice and all, but who doesn’t want to see King Felix in an O’s jersey? It could happen! In fact, at this point it looks like it probably will. Felix didn’t pitch in 2020, he opted out because of COVID, but he did have a deal with the Braves before doing so, so that’s a sign it’s not just the Orioles who though there was some sort of shot still to be taken here. Even with that said though, it’s hard to believe he has a lot left. His velocity has cratered and he was never much for command or, if we’re being honest, physical fitness. But this is a guy who won the Cy Young Award and made six All Star teams, so it’s possible he can turn over a new leaf and be an effective starter again. He’ll be 35 in 2021 though so this might be his last shot. I’ll definitely be rooting for him and any time he takes the mound in an O’s jersey it’ll be appointment viewing. For what it’s worth, it’s far more possible that King Felix contributes than the next guy on this list.

Wade LeBlanc – LeBlanc was actually in Baltimore last season but you might’ve missed it because he threw just 22 1/3 innings before getting hurt and missing the rest of the season. Or maybe you just suppressed it because in those 22 1/3 innings he was quite bad. And looking towards 2021, there’s lots more where that came from. Where there’s at least a name and some potential upside if you squint hard enough to give yourself a headache with Hernandez, there is nothing but a potential headache with LeBlanc. But sure, knock yourself out, O’s. If one of the qualifications for the 2021 O’s rotation is “ability to improve draft position” this might be your guy.

Now we get to some of the guys still on the market. Here are three guys with some upside, maybe more than Hernandez even, who could come in and provide some help in the rotation before (hopefully) getting flipped for prospects at the deadline.

Mike Foltynewicz – Writers all over Baltimore are hoping the O’s don’t go this route because I’ve had to look over four times to be sure I’m spelling his name correctly. But move past that and come back with me to 2018 when Folty… let’s go with “Folty”, when Folty threw 183 innings with a 2.85 ERA and 3.8 WAR for the Braves. Now flash forward to 2020 when Folty gave up six runs in three innings to Tampa in his first start for the team and was instantly DFA’d. He’s been a bit of a headache (sensing a theme here?) but he was quite good as recently as three years ago. If the O’s can help him get over what ails him – apparently a combination of on-field performance and off-field behavior – they might have an above average major league starter on their hands.

Rick Porcello – Rick Porcello is just 32! If it feels like he’s been in the majors forever, maybe that’s because you’ve been watching him pitch. The right-handed sinkerballer had an interesting season with the Mets in 2020, throwing 59 innings with a 5.64 ERA. What’s interesting about that is his FIP was 3.33. That’s a big difference and a pretty nice number. Normally a pitcher with a 3.33 FIP would command, at minimum, a major league deal, but probably not in this case. In 2020 Porcello did what he usually does when he’s good, which is limit walks and limit homers, the second of which he’d had trouble with during his final seasons in Boston. What he didn’t do well was limit hits. He gave up 74 in those 59 innings. That could be a function of bad pitching, or it could be a function of the Mets defense not getting to batted balls. He did have a .373 BABIP last season so it looks like that could certainly be a large part of it. There could be something here with Porcello, but even if not, he has a rubber arm so at the very least he can stay out there and absorb some innings for a team that might need that at some point.

Julio Teheran – Teheran put up a 10 ERA in 2020 which is why he is still on the market. And in fact that’s probably deserved because even though it was just 31.1 innings, dude was really bad. But this same dude is a year removed from consecutive 170+ inning seasons with sub-4.00 ERAs. The thing that’s scary about Teheran is his velocity chart looks like the side of a ski slope, it just goes straight down. He used to throw in the mid-90s but now he’s in the upper 80s. That’s much tougher to make work, but again, just a few seasons ago he did just that. So as three year, $45 million contract that’s awful resume, but as a buy-low guy on a minor league contract, that’s not bad.