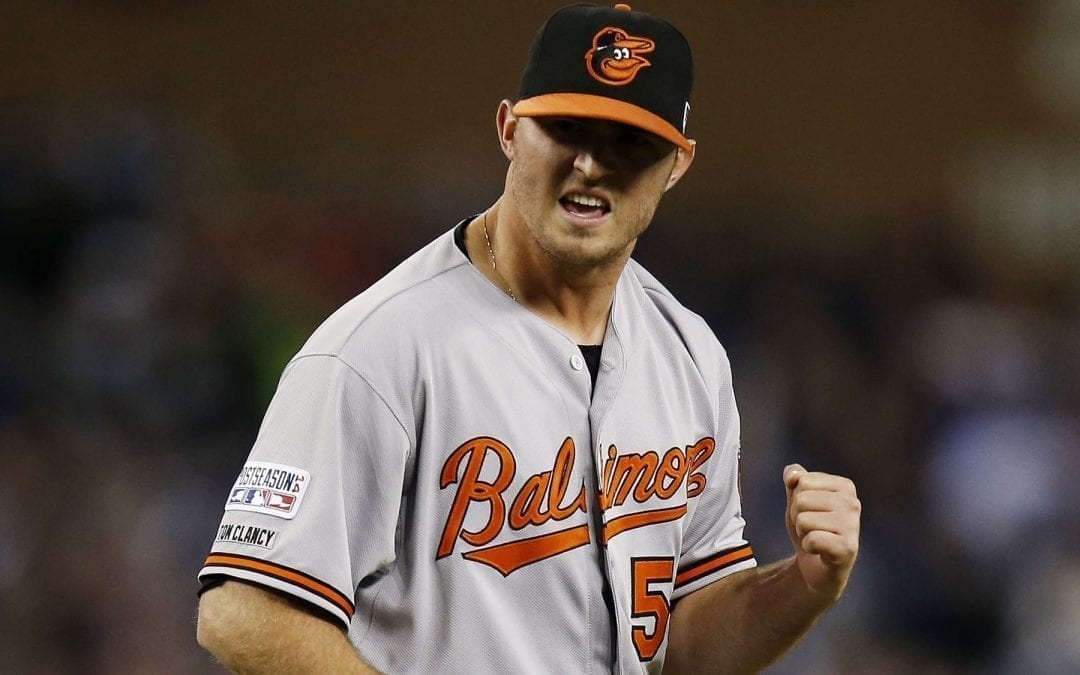 On May 15, 2014, Zach Britton became the Orioles closer. It was a quality year, as he had a 1.65 ERA, threw 76.1 IP and he converted 90% of his saves. His peripheral stats were all over the map. Despite that low ERA, his FIP was 3.13 and his xFIP was 2.82. He had a K rate of only 7.31, yet he had a swingingstr% of 21.8%. His str% was 63.9%, which is the ML average according to Baseball Reference’s player page for Britton. His BB rate was 2.71, which was only 57th amongst ML relievers who qualified. Of course, the GB/FB ratio was(and obviously still is) his bread and butter. That was 6.35 last year and, as you would expect, that led to a low HR rate of .47. He also ended up 5th in MLB in WPA, which is obviously a very important stat for relievers. WAR doesn’t do a reliever much justice but WPA does.

All in all, 2014 was a very solid year for Britton. He scored very high in some stats but he had some questionable peripherals that led you to think he could fall off some. While I didn’t expect him to be a bad pitcher by any means, I didn’t think a sub 2 ERA was all that likely either.

However, something has changed for Britton this year. Two things jump off the page. The first thing is his K rate has jumped from 7.31 all the way up to 11.81. His BB rate has decreased from 2.71 to 1.35.  How hard is that to do?  From 2012-2014, only 12 ML relievers(who qualified) had a double digit K rate and a BB rate of 2.02 or lower.(i was going to use 2 but 3 guys had 2.01 or 2.02, which was close enough for me).  FWIW, Koji Uehera and Jake McGee were the only 2 pitchers to accomplish the feat twice in that time frame.  This year, 6 relievers are doing it so far and 2 of them, Britton and O’Day, pitch for the good guys. His FIP is the second best amongst relievers in all of baseball and is down over 1.5 runs compared to last year(it stands at 1.46 as I write this). And its not like the GB/FB ratio has suffered because of the Ks.  It is actually ever so slightly higher than it was last year(it stands at 6.43 going into tonight).

Two other stats that I like stand out to me as well. Last year, he had an outstanding swingingstr% of almost 22% but this year, that number has jumped to 24%. And perhaps the most important thing to note, is his strike%. He is throwing a strike 69.7%(!) of the time. That leads to the increased K rate and decreased walk rate. As I pointed out earlier, the ML average is about 64% and that is where he was last year. He is now throwing 6% more of his pitches for strikes this year vs last year. That is absolutely huge. He threw 1053 pitches last year. If he had this same strike % last year, he throws 63 more strikes. If he had the same swingingstr%, he misses 17 more bats. Now, these numbers may not sound like a lot but when you are talking about pitching in small sample sizes, as we obviously do when it comes to relievers, that is a potential of a lot less baserunners. His first pitch strike % is also up 4.5%, so he is also getting ahead of hitters more often as well. His O-swing% is up 12% as well.  IMO, that goes back to his improved command.  Hitters are going after more balls because they are falling behind the count much more often.

Another piece of information that I found interesting is that Britton has given up 5 runs all year. 4 of those runs came in non save situations, with 3 coming in a loss to the Angels, a game where the O’s trailed 3-1 when Britton was brought in. The other run was when he was brought in against Toronto, when the Orioles were winning 7-0. That means, for all of you who struggle with math, that he has only given up 1 run in a save situation all year and while that 1 run led to a blown save, the team still ended up winning the game.  BTW, 3 of the 12 runs he gave up last year, as a closer, also came in a non save situation. In total, that means 7 of the 17 runs(41%) he has given up as a closer were in non save situations. I don’t want to make that seem meaningless because the Orioles could have come back in those games they lost but, generally speaking, the Orioles weren’t going to win those games anyway, so those runs are pretty close to meaningless. We know that sometimes closers don’t focus as well in non save situations and Britton appears to have some of that in his DNA.

Simply put, Britton has gone from very good in 2014 to elite in 2015. Of course, some may point to his WPA in 2014 and say he was elite last year. I think it is fair to do that given the importance of that stat but I don’t think many O’s fans would have preferred to see Brtitton on the mound vs Andrew Miller last year. Or, I don’t think you would have preferred Britton over Betances or Chapman or Kimbrel or any of the other relievers that are considered in that elite class. Not enough Ks and a few too many walks to be in the class of some of those guys in my opinion.

However, that is changing this year. When you factor in the great GB/FB ratio with a huge jump in K rate and a big decrease in walks, you see a guy that is now becoming elite. Now, Britton needs to do this for more than a few months to really be considered truly elite, but currently I am not sure if there are more than a handful of relievers out there I would prefer to give the ball to than Britton right now.

I am not someone who wants to hold onto relievers for too long and I am not one who wants to pay huge money to relievers either.  However, there are exceptions.  I wanted to give Miller a big contract this past off-season and if Britton continues pitching this way, I wouldn’t hesitate to pay him big money either. Solid relievers aren’t hard to find but elite relievers, guys who do it year in and year out, are hard to find and I have no issue paying those players.  I may struggle to give him a 4+ year extension given his shoulder history but I won’t have any issue giving him big money for the final 2 years he is under team control and if he continues to pitch like this, I would be very willing to discuss a longer term extension with him.