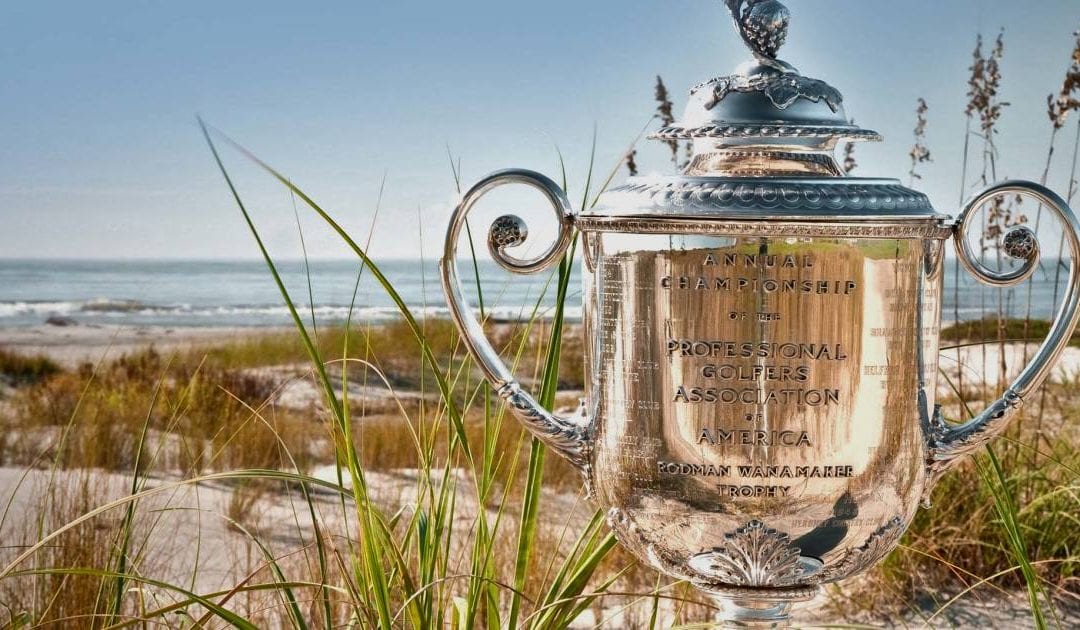 Expect high scores, frustrated golfers and extensive coverage as we get ready for the 2021 PGA Championship at Kiawah Island’s Ocean Course in South Carolina. Rory McIlroy (see my previous story) will enter the tournament as the favorite and he won the whole darn thing back in 2012. It’s extremely difficult to go back-to-back in majors nearly a decade apart – and the key to the entire weekend is the tee times of the first two rounds.

If it’s windy early and not late, the fellas in the afternoon get a major advantage. You can’t win the golf tournament on Thursday, but you can play your way out of it. We will see scores in the 80’s. When you mix a Pete Dye golf course with 30 miles per hour winds, you will get a scorecard that needs a TI-81.

Let’s start with the most important piece of information for you and me this week: TV times. I hope you already have ESPN +. I’d you don’t and you love golf, I Implore you to remedy that as soon as possible. ESPN + starts coverage Thursday at 7 AM and runs all the way to 1 PM where ESPN picks up the coverage. The streaming channel also boasts eight featured groups they will follow on Thursday:

ESPN + will also offer featured holes of 16, 17 & 18 all day, which is exciting to see how far behind the actually mail telecast is! Over the weekend, CBS will pick up coverage from 1-7 PM after ESPN+ starts at 8 AM. Needless to say that you can’t complain that you didn’t get a chance to watch the golf based on available coverage. It’s out there and it’s fantastic.

If anyone can predict a winning score in golf, then they should reside in Las Vegas because it’s improbable. Any change in wind hurts the player and inflates the score. I’m guessing a handful of players will break even over four days, but I’d be a liar if I told you to expect a birdie bonanza or an Open Championship setup with a ton of bogeys. We’ll see.

Here’s a handful of helpful stats for filling out your fantasy golf team this week:

Just look how close the scoring average between spots one through five actually are. These guys? Yeah, they’re good.

Keep an eye on Oostie. He’s been playing well in the last few months. So has his countryman Charl Schwartzel. Both have won majors.

Yeah, it’s nice to drive the ball for days like Bryson. You still have to putt as well.

So, where does this leave us? It’s a completely wide-open major at The Ocean Course. Rory will go off as the favorite and my pick, but I wouldn’t be surprised at all to see 30 guys win this thing. Not all at once – that’s not allowed by the rules. Keep this in mind: off all the majors, the PGA for some reason gives guys under the radar a chance to shine. John Daly, anyone? If I were to pick an under the radar selection, I’d take Luke List. I hope everyone enjoys the PGA Championship.