Another Look At The O’s Bullpen 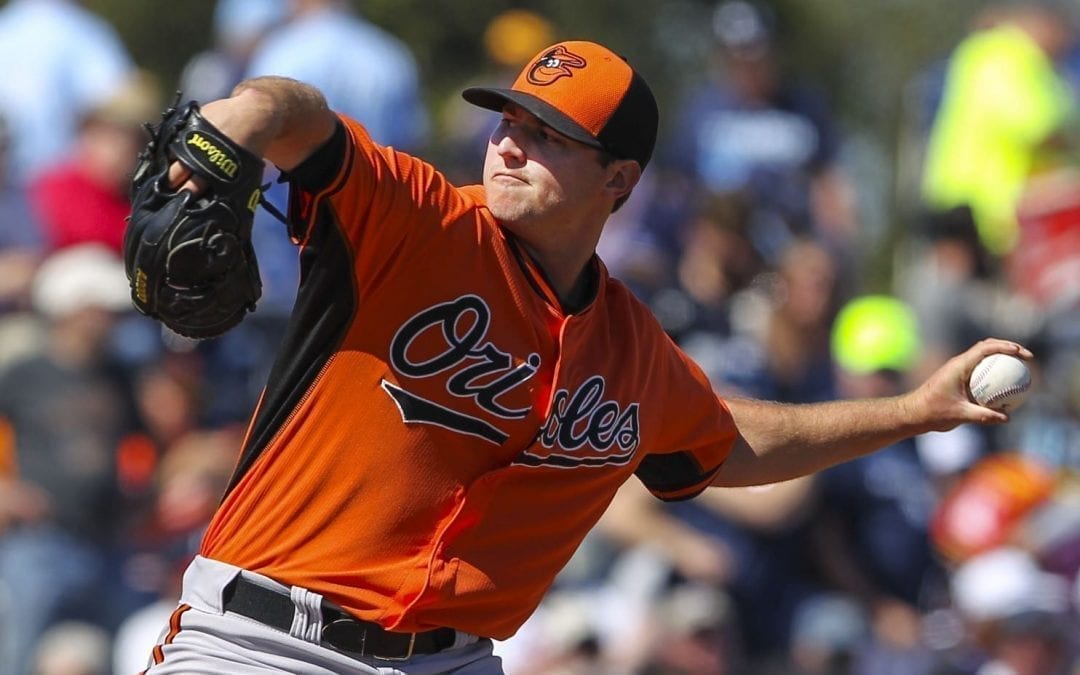 I’ve made comments about it in the past, but it does feel a little bit to me like the Orioles are imitating the Royals’ pitching plan to success. That is, supplementing a shaky-ish rotation with a strong bullpen, essentially hoping that the starter can give Buck Showalter five or six innings with a strong relief corps picking up the rest. My BSL colleagues Paul Sporer, and Jonathan Bernhardt have previously given their takes on the O’s ‘pen; but as this is the time of the year where the uncertain parts of bullpens can be firmed up a bit, I thought I would add my own.

One piece that won’t be a part of it no matter what is Andrew Triggs, whom the Orioles took off the 40-man roster to make room for the addition of Pedro Alvarez last week. Triggs, who turns 27 on Wednesday, had eye-popping numbers at Double-A Bowie last year (10.3 K/9, 0.87 WHIP) but simply didn’t move up the totem pole as the season wore on despite working as the Baysox’ closer, mostly. As one might suspect with a pitcher that age at that level, Triggs gets by more with deception than pure stuff, but with numbers like that heading to an A’s team who is well regarded for getting more out of pitcher than others, there’s legit hand-wringing potential here. Here’s a good scouting report on Triggs from a couple seasons ago from Twitter pal Nathaniel Stoltz. As you can see, it’s unlikely he’ll carve out too much more than a middle relief role. Whether or not that could have helped the Orioles this year, however, remains to be seen.

Unlike the past four years, it appears that Showalter and the brass will have at-least slightly less flexibility with relievers and options this year. One thing a savvy front office can do is essentially lengthen out a 25-man roster into a 26- or even 27-man roster by moving relief pitchers like chess pieces between the minors and the big leagues. That, of course, works best at the front-end of bullpens, but that’s the sort of thing the Orioles have been able to do. Seven relievers got into at least 30 games last year, with guys like Mychal Givens and Jason Garcia each getting into 20-plus and Steve Johnson, Jorge Rondon, Tyler Wilson, Mike Wright and Oliver Drake each getting into a few. Bud Norris and Kevin Gausman also worked in relief to varying degrees of success, but it’s that sort of flexibility that’ll allow a manager to wring every last bit of effectiveness out of a group.

Part of that flexibility is gone this year, as Vance Worley, Brach and Dylan Bundy are all out of options (as is Zach Britton). With those front-end types of arms locked in or out of the bullpen, that hamstrings the flexibility a bit. It also leads a team to need to ride out rough patches with guys, which might be frequent for Bundy or Worley considering their track records for injury and/or ineffect. Bundy is incredibly talented and fragile; Worley has struggled in the AL in the past but has a chance to be a solid situational groundball guy and swingman.

Now this isn’t meant to be doom-and-gloom for this bullpen. No AL relief corps was worth more fWAR a season ago than the Orioles at 6.4. No, not even the Royals (5.0), Astros (5.3) or Yankees (5.3), and those groups carry some pretty significant sway. Of course, each made significant additions this off-season to close that gap, namely Joakim Soria, Ken Giles and Aroldis Chapman. They also made subtractions, like Greg Holland and Justin Wilson. The point is, the Orioles are right in the thick of things in the discussion for the best bullpen in the AL.

ZiPS projections are yet again high on the bullpen again in 2016. Britton is the crown jewel, and could secretly be one of the five best closers in the game. A 96 mph power sinker-heavy repertoire led Britton to a ridiculous 10.8 K/9 mark last year, and that’s not even the best part; he also possessed an MLB-best 79.1 percent groundball rate. Not only was his sinker a nasty pitch from a whiff perspective — 25.4 percent K rate — but even when contact was made, virtually nothing happened as opponents hit just .233/.276/.312 on it. That’s 10 extra-base hits on 811 instances (three home runs, six doubles and a triple). That’s an elite pitch.

That bridge to Britton is paved with strikeouts as far as ZiPS is concerned. Oliver Drake’s expectations seem a bit overwhelming (10.5 K/9 in just under 50 IP) but he, Brach, Brian Matusz, Givens and Britton are expected to be over a strikeout per inning, with Steve Johnson right in that mix. Also above 8.0 K/9 are Chaz Roe and Cesar Cabral, so it’s pretty clear expectations are high in terms of strikeouts with this bunch. This is a group that ranked third in the AL in K/9 as a bullpen unit last year (9.0), trailing just the Yankees and Astros.

The other good part of it is that not only is it a strikeout bunch, but it’s a bunch of groundballing types. And while those two are a perfect marriage when joined —  Britton says hi — getting groundballs as a primary form of outs plays up out of the bullpen as well, as seen with guys like Diamondbacks closer Brad Ziegler. ZiPS doesn’t project those, but with a bunch led by Britton it’s bound to be another crew that can burn worms as well. It helps that guys up front, such as Worley, have that propensity. Being able to work multiple innings and also come in to possibly induce a big double play grounder makes a guy very valuable, and that might be the role Worley finds himself in this season. Ten of the 18 pitchers who worked in relief for the Orioles last year had groundball rates at or above 44 percent, which is roughly the league average. Most of them are back this year, too. And the ones who don’t really get grounders — Givens, Brian Matusz, Darren O’Day — are the best strikeout guys.

This has potential to be a real plus again.