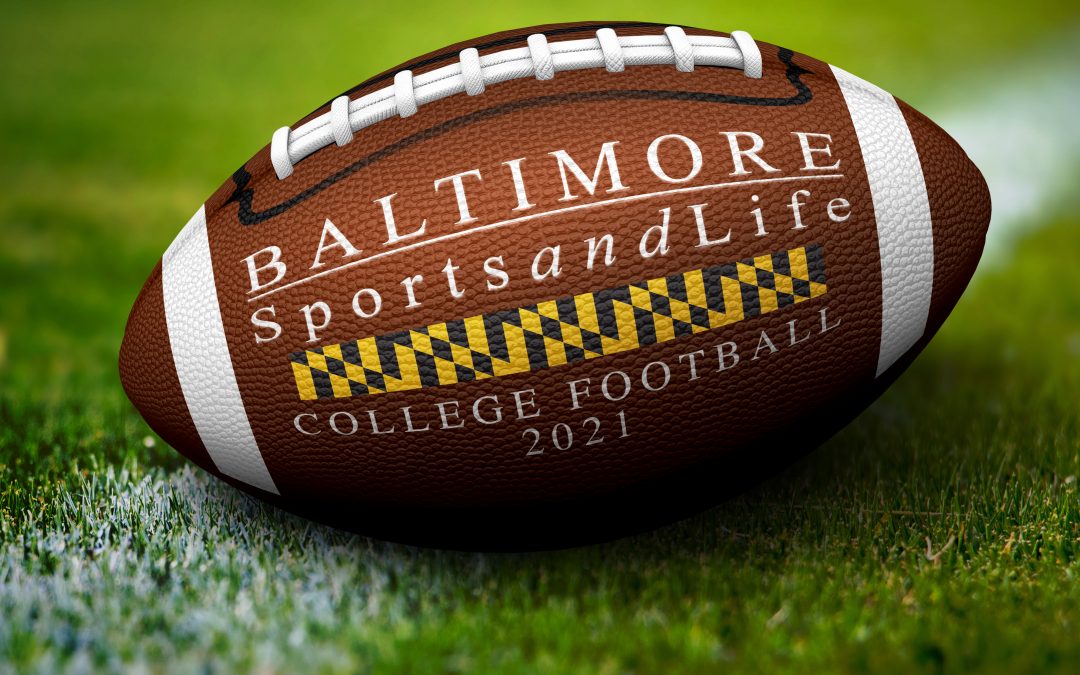 This is my follow up to my first rankings post, this one featuring my Top 10 teams (reverse order) following spring practices.

10. Notre Dame (Last Season: 10-2, Playoff Semi-Finalist) – The Irish have a lot of shoes to fill from last season, and no obvious choice to replace Ian Book at QB emerged in the spring. The skill position players are there (RB Kyren Williams, WR Kevin Austin, TE Michael Mayer) but they must replace 4 starting OL from last season. Fortunately for them that is an area Brian Kelly recruits and develops talent very well.

The defense will need to step up this season, with 6 returning starters, led by likely 1st Rd pick Kyle Hamilton at safety and new DC Marcus Freeman, who Kelly poached from Cincinnati.

9. Cincinnati (Last season: 8-1, AAC Champ) – The Bearcats once again managed to hang on to Luke Fickell, and while the loss of Freeman and key members of the secondary may sting, enough talent returns that one of the Top 10 defenses of last season should remain formidable.

Dual-threat QB Desmond Ridder opted to return for another season, but losses on the OL will need to be overcome in Cincinnati is to claim the G5 New Year’s Day Bowl spot again, much less be in the Playoff discussion.

8. Oregon (Last season: 4-3, Pac 12 Champ) – It’s tough to know what to make of the Ducks based on 2020, as several opt-outs likely impacted an otherwise very talented team. The benefit is that they go into 2021 already knowing who will take the place of guys like Penei Sewell and Jevon Holland. They did lose QB Tyler Shough to the transfer portal, but it appeared during the Fiesta Bowl that he had already been supplanted by BC transfer Anthony Brown, who returns for his senior season.

The Ducks are loaded on defense with future NFL 1st Rounder Kayvon Thibodeaux on the edge, along with LBs Justin Flowe and Noah Sewell ready to make an impact.

7. Iowa State (Last season: 9-3) – The Cyclones won the offseason simply by hanging on to Matt Campbell for at least another year. That they return 9 starters on both offense and defense makes it all the better coming off one of the best seasons in program history. QB Brock Purdy, RB Breece Hall, WR Xavier Hutchinson and TE Charlie Kolar should make for a very potent offense that will again challenge for a Big 12 title.

What they lack in big-names on defense, the Cyclones make up for with an overachieving group that ESPN FPI and Football Outsiders both love (as in, Top 10).

6. Ohio State (Last season: 7-1, Big Ten Champ, Playoff Finalist) – The Buckeyes should be the class of the Big Ten once again in 2021. The big question in Columbus is whether they can replace Justin Fields, and if so, with whom? That answer didn’t present itself in the spring, though CJ Stroud might have the edge over freshman early enrollee Kyle McCord. Whoever wins the battle will at least have a solid group of receivers to lean on, with surprise returnee Chris Olave and Garrett Wilson, along with TE Jeremy Ruckert.

The Buckeyes are solid on the DL, but have some big losses and injury question marks to deal with among the linebackers and secondary.

5. Texas A&M (Last season: 9-1) – The Aggies had a case for being unfairly left out the Playoff last season. Their only blemish was a 52-24 loss to Alabama. The teams that got the nod over them, Ohio State and Notre Dame, fared no better in their opportunity to top the Tide. Jimbo Fisher’s group can silence the naysayers this season, but they will have to figure out how to do that without QB Kellen Mond and 4 of last year’s starting OL. No matter who the next starting QB is, the offense will probably feature a heavy dose of RB Isaiah Spiller.

The defense, which showed much improvement as last season and returns 9 starters, will be heavily relied upon this season. With one of the best defensive backfields in the nation and game-wrecker DeMarvin Leal up front, they should be up to the task.

4. Georgia (Last season: 8-2) – The pandemic was probably the only thing that stood in the way of coach Kirby Smart’s fourth consecutive 10+ win season. With that bell curve in mind, it’s hard to consider the Smart Era in Athens anything but a success. But this is a program that fired Mark Richt after he won 145 games in 15 seasons. The Bulldog faithful haven’t tasted a national championship since a freshman named Herschel Walker was running through, around, and over defenses…and they’re only becoming more impatient. Is it natty or bust for Smart? Probably not, but after the Dawgs fell below hated border rival Florida last season there was no doubt a little grumbling.

At the very least, with the Gators having to build some, the Dawgs are the odds-on favorite to retake the SEC East. JT Daniels emerged as the clear starter as last season progressed, and he’ll have a solid group of playmakers to throw to, even with the likely loss of George Pickens to an ACL tear in the spring. Zamir White leads a RB corps that should complement Daniels with a solid running attack.

Defensively they have a lot to replace from 2020, especially in the back seven. But Smart has always had the talent to reload a ferocious defense, and this season should be no exception…WVU transfer S Tykee Smith and true freshman CB Kelee Ringo being just two examples.

3. Clemson (Last season: 9-2, ACC Champ, Playoff Semi-Finalist) – The Trevor Lawrence era has ended, but the beat will certainly go on for Clemson. Sophomore D.J. Uiagalelei got his feet wet last season when Lawrence was out with COVID, and performed quite well, following that up with a solid showing this spring. A bigger loss than Lawrence might be RB Travis Etienne, whose most likely replacement could be incoming true freshman Will Shipley.

Defensively the Tigers will be loaded. A fearsome front-four that includes Bryan Bresee, Myles Murphy, and Tyler Davis might be the nation’s best. The unit recently got a further boost when one-time NFL prospect Justin Foster decided to un-retire despite coping with long-haul COVID symptoms. A back-seven that returns LB James Skalski and CB Andrew Booth makes this perhaps the most complete defense in college football.

2. Alabama (Last season: 13-0, National Champ) – When a  preseason #2 ranking could be considered a sign of disrespect, you know you’re pretty damn elite. If I didn’t know better, I’d say Nick Saban has built himself quite a turnkey operation in Tuscaloosa….lose a bunch of guys to the NFL, replace them with a bunch of blue chip recruits while barely missing a beat. Lose a bunch of assistants on your staff, replace them with a bunch of former head coaches (college and NFL) from the scrap heap. Rinse. Repeat. But I know better….the guy works hard to make it look this easy.

Most noteworthy among the next-men-up, QB Bryce Young looked the part in the spring. Replacing RB Najee Harris and WRs DeVonta Smith and Jaylen Waddle will be Brian Robinson and John Metchie along with freshman Agiye Hall. Those names might not sound like much now, but just wait.

Defensively there will be more familiar faces (LBs Christian Harris and Will Anderson, plus Josh Jobe, Malachi Moore, and Jordan Battle in the secondary). This might be the season that Nick Saban returns with his old calling-card of winning on defense.

1. Oklahoma (Last season: 8-2, Big 12 Champ) – I said it a couple times last year, but it bears repeating with this ranking; by the end of last season Oklahoma was the best team in the country not named Alabama. And like Kirby Smart in Georgia, this might be the year Lincoln Riley really needs to satisfy an impatient fanbase, or else finally jump at one of the annual overtures from the NFL.

QB Spencer Rattler got off to a bit of an uneven start last season. A shocking Week 2 upset at the hands of Kansas State, when Rattler threw 3 picks, plus a game-ending INT the next week at Iowa State, sealed the Sooners’ fate as far as the Playoff was concerned. But the next game against Texas, you could see the coming-of-age. Two early turnovers, and another late fumble that led to a costly three-and-out didn’t phase the kid. He completely took over after regulation, throwing 2 TD passes and running for another, as the Sooners outlasted their Red River rivals in a 4OT classic. There was no looking back after that. Rattler is the leader in the gate for many as the Heisman winner and #1 overall NFL pick in 2022. He will be without some key contributors on offense from last season, but Riley loaded up on transfers (seemingly half of Tennessee’s roster) who should have an impact.

Defensively the Sooners are typically among the conference’s best….that, of course, is a very relative term when you are talking about a league as defensively-challenged as the Big 12. But like their QB, the defense showed significant improvement as last season wore on…. topping it off by holding a potent Florida offense (that featured 4 eventual NFL picks) to a season-low 20 points. If the defense can get more performances like that when it counts, the Sooners could very well justify my lofty expectations.