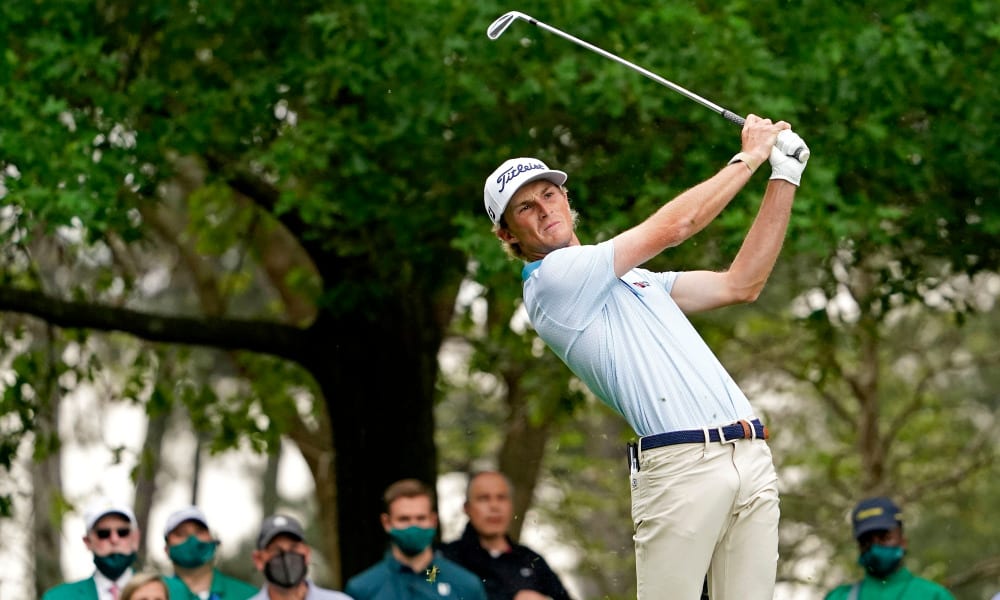 The 27th best golfer in the world isn’t a member of the PGA Tour. At least not yet.

Will Zalatoris, the 24-year-old lanky Wake Forest man, finished runner-up at The Masters. He pocketed more than a million dollars. He also finished in the top ten at the U.S. Open in September. (There’s actually two U.S. Opens this season due to the pandemic.) So why isn’t this kid a member of the PGA Tour? He’d actually land in the top 15 of the FedEx Cup points list, but he’s not qualified for the playoffs just yet. It’s basically a “perfect storm” situation and the Tour now finds itself caught in the middle of it.

Let’s rewind. Zalatoris started to rack up solid finishes on the Korn Ferry Tour (think of this like AAA in Baseball or the XFINITY series in NASCAR) after the pandemic pause ended. Usually, the end of the Korn Ferry season gives its top talents a PGA Tour card. We aren’t in usually times. So, Zalatoris found himself with a shot in September’s U.S. Open at Winged Foot. He didn’t throw the opportunity away in the least. Zalatoris finished sixth in the event where the worlds best play – it’s a major after all.

This created a snowball effect modern golf hasn’t seen. Zalatoris started to click off top ten finishes with his sponsor exceptions into events during the fall. He started playing well enough to get into World Golf Championship events. Then came The Masters. Zalatoris found himself in the final pairing on Saturday afternoon at Augusta National. Are you kidding me? Convention wisdom says Zalatoris starts hitting tee balls in the water and throwing away his chance to win a major. Didn’t happen. Zalatoris finished the tournament as the only golfer under par for all four days. It wasn’t good enough to beat Hideki Matsuyama, but it’s good enough for $1.2 million payout and an invite next year to the one golf event everyone wants to play.

And he’s still not a PGA Tour member!

Zalatoris has two ways to become a member this season: win two more events on the Korn Ferry Tour or win one event on the PGA Tour. Since he does enjoy Special Temporary Membership, Zalatoris doesn’t have the pressure of a top ten finish to play the next event. He’s good for the rest of the season and odds are he will find the winners circle at some point this summer. There’s just no way he’s going back to the Korn Ferry Tour, unless he suddenly loses his swing.

After the second place finish in Augusta, Zalatoris said that two years ago he put together a plan and I’m thinking it’s coming together nicely and ahead of schedule. This kid is here to stay.

*Stewart Cink won The Heritage on Hilton Head Island on Sunday afternoon with his son on his bag as his caddy for the tournament and his family in the crowd. It actually resembles one of those Christmas cards where everyone dresses up in white or black and takes a picture on the beach. The 47-year-old Cink won the event in 2001 & ’04. He also beat Tom Watson in a memorable playoff at The Open Championship were seemingly everyone in the world was rooting for Watson. CBS actually interviewed the Cink family on the 18th green as wife Lisa fought back tears, showing the emotion her family endured during her cancer process. The conversation between father and son waking up the 18th hole brought a tear to my eye. That’s something that every kid dreams about – to enjoy the walk up the last hole with the tournament in hand and your Dad about to win the trophy. So cool.

*Showing how incredibly flush with money they are, the PGA Tour instituted a new bonus pool of money ($40 million total) that players would receive at the end of the season – and it doesn’t really matter how they play. According to Golfweek, the basis for the bonus money is based on Google search popularity, Nielsen brand exposure rating, appeal, engagement on socials and frequency of positive media coverage. Finally something to bring Rickie Fowler back in the winners circle! This is a really bad idea for a number of reasons, but mostly because it shows children that you don’t have to be good (Fowler didn’t qualify for The Masters!) to win a couple million bucks. I understand that clicks and social networking consumes many people – I want to thank you for clicking on this article – it just has zero to do with the product the Tour showcases. Actually, I have an idea. You want to start this new pool of money? Ok. I have a great idea who wins first place: Will Zalatoris.