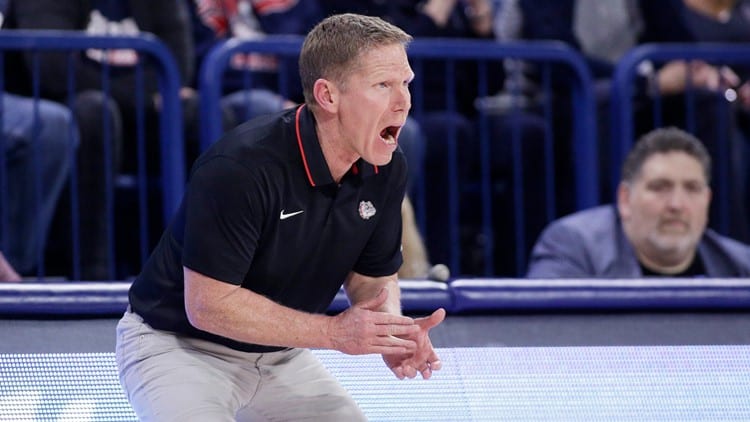 Basketball isn’t a game of perfect – unless you play for the Gonzaga Bulldogs.

The number one team in college basketball boasts two nicknames (‘Zags acts as the “I’m trying really hard to look cool” moniker) and zero losses. They’ve beaten Kansas, West Virginia, Iowa and Virginia (all ranked in the top 25 at the time) in non-conference play at neutral sites and will mop up and pulverize the rest of the West Coast Conference schedule. They don’t play nail-biters this season. Most final scores look like an exaggeration of those college football games where one team literally plays the game for money towards its university. The closest margin? Five points against the Mountaineers.

Thanks to Covid, the Bulldogs might play in the most number of states so far this season. Here’s the running count as of late January: Florida, Indiana, South Dakota, Texas, Oregon, California and Washington. Even with all this deserved attention, they still face an identity crisis that likely won’t come to a head until early April. You see, Gonzaga should have played Baylor in Indiana last month. They almost certainly won’t reschedule the non-conference game and play out the NCAA Tournament until we get the Bulldogs and Bears on the first weekend in April – in Indiana. We are used to waiting in Covid times.

Sure, they might become the best thing to come out of Washington state since Pearl Jam. They just aren’t new to the national scene. Gonzaga made the NCAA Tournament before Mark Few took the top spot as head coach of the Zags. No other coach can live up to his legacy. Few became head coach in 1999. That year, he led Gonzaga to the regional semifinal round. He’s made the NCAA Tournament every year since. That’s twenty straight seasons and he will hit blackjack in March. He’s won 16 conference tournaments, made the title game in ’17 and boasts a Ted Williams-like win percentage of 83%

Few must really love coffee or gets one heck of a sweetener to stay in Spokane. Other schools have called. The NBA has slid into his DM’s. Still, he won’t budge when few wouldn’t have a second thought about leaving. He makes college basketball – a sport always wavering on the “one & done” principle – fun to watch. He’s established and developed a legacy not many can top. That’s what happens when you win 91% of your conference games in your tenure. It’s not a pure pastry conference. Saint Mary’s, BYU and San Francisco have fielded good squads in the decades Few put the Bulldogs in the limelight.

Odd things happen on the way to the Final Four. Upsets occur. Teams get rattled by different start times. This season, Covid affects everything. With roughly two and a half months left until one team cuts down the sponsored nets in Indianapolis, Gonzaga looks well on its way to one shining moment.