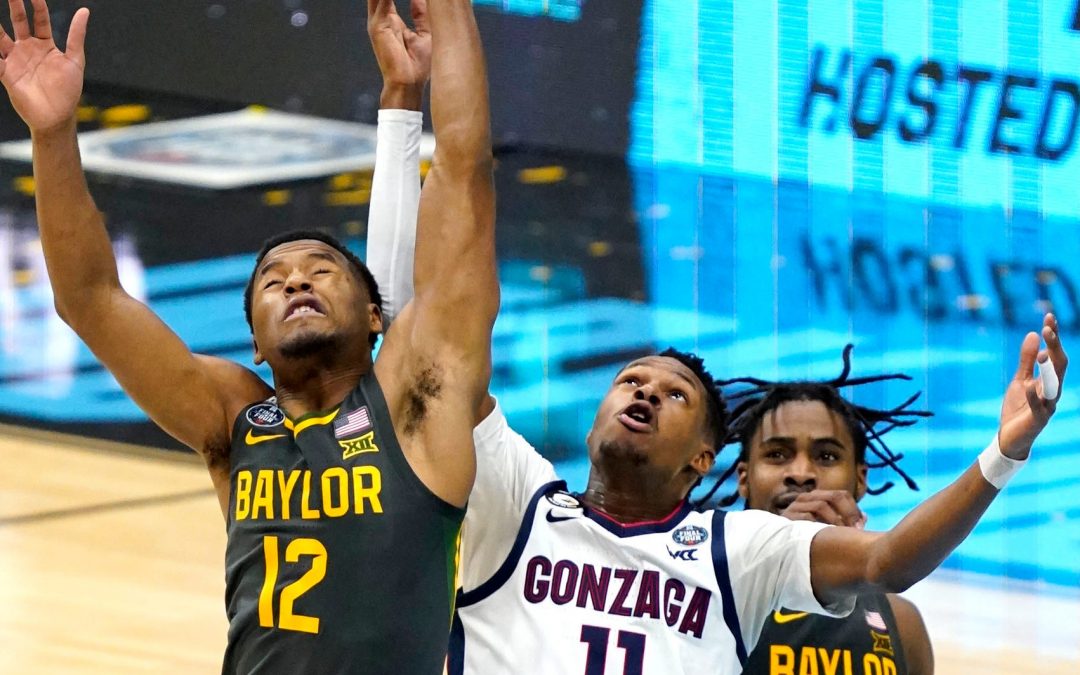 We all have that friend that says it’ll work out next year. Don’t worry about the absolute deconstruction of your defense and unimaginative offense in the most important game you’ll ever play. Maybe it will work out differently next year, but that’s just a cold reminder that you have to participate in the same things that got you to this point – and you don’t even like half of them.

Gonzaga once again got to the brink of a national championship on Monday night with perfection in its line of sight – and couldn’t make it out of the blocks. The Bulldogs immediately trailed a very worthy champion in Baylor by nine in a blink and struggling to get the game to single digits the rest of the evening. “They busted us out on anything we could possibly do on offense,” head coach Mark Few said after the game. “And on the other end…they made us pay in a hurry.”

Fresh off a buzzer-beater in perhaps the best game in the history of the NCAA Tournament, Gonzaga looked like they watched Jalen Suggs’ 3-pointer from one of the stars near half court in Indianapolis on a loop from inside the bubble. Suggs ended the overtime period against UCLA with a bank shot that moved the Bulldogs to the title game against the Bears. Save the WCC final against BYU, it’s the closest anyone pushed Gonzaga all season.

It’s funny how a team in a relatively weak conference – but with an extraordinary non-conference schedule – can go from 31-0 at the start of the national championship game to overrated by the end of that evening. Huh? Gonzaga faced and passed every single test in the midst of a pandemic that forced the NCAA to play its tournament with limited attendance and a mess of those silly cardboard cutouts. KenPom still has Gonzaga at No. 1 after it’s loss to Baylor. That’s gotta hurt the bunch that uses statistics as a crutch and wants to see the Bulldogs fall.

There’s an old saying that people want to see underdogs win early in the tournament and favorite to go head to head in later rounds. I don’t think we’ve pigeonholed Gonzaga in either a Cinderella role or a deserved No. 1 seed. Many people still look at the Bulldogs as the tiny school in Spokane who go on a sensational run for the little guy. Others understand that Gonzaga claims the top seed based on a terrific non-conference schedule that balances out the relatively easy conference slate. The truth is somewhere in between. I’m unsure if this loss will haunt Mark Few for many years, especially if he wins next year. I think we have serious basketball fans and casual basketball observers. The casual fan will dismiss Gonzaga for not winning a championship and that’s too bad. The Bulldogs picked a bad time to have a bad game in Indianapolis. If they win the championship, but lost to, say, BYU in conference play, does that change your mind? This makes up the different thinking from those who watch the midnight WCC game and those who actually get a good nights sleep.

This obviously crushes the players for the next few months when the very last thing they want to do is pick up a basketball. Imagine a team with four likely NBA prospects who came up forty minutes short. Maybe they fell in love with listening to them becoming canonized as basketball royalty, I know I would. It’s also very difficult to come down from that high on Saturday night with the game of the year against UCLA, only to ramp it back up on Monday against a better Baylor team. We’ll never know – and maybe they don’t either.