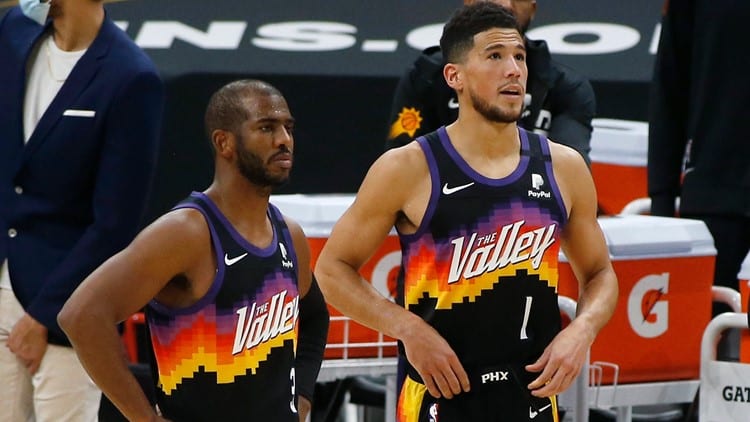 Taylor Swift opens her song “Style” wondering how long she’s heard from her lover of the moment. She then blends into a verbal circle about teen angst and relationships with an extremely catchy beat that absolutely became the anthem for a certain demographic longing to be told what to do.

This leads us to the Phoenix Suns. (Hang with me for a minute.) Phoenix went through more head coaches in the last decade than Taylor breezed through boyfriends. A grand total of seven men wore thousand dollar suits to stroll the court at Phoenix Suns Arena. (The arena itself changed building sponsorship during this period.) A perennial finish near the bottom of the division became commonplace for a once proud franchise. Starting with the 2010-11 season, the Suns didn’t make the playoffs the entire decade. Even Steve Nash left.

A funny thing happened on the way to continued obscurity: the Suns found their mojo in Orlando. Needing to win eight games in almost as many days with help from other teams, it became an improbable achievement for Phoenix to make the postseason in the pandemic. They almost did. Phoenix got to the brink of the playoffs with eight straight wins. The Suns didn’t fluke themselves to these wins. Most were straight up blowouts. It didn’t stop there. Certain executive of the year James Jones traded for what became Phoenix’s vaccine last November: 36-year-old Christopher Emmanuel Paul.

Paul brought his extensive trophy collection to Phoenix looking for that one thing so many superstars yearn for in the winter of their career: a ring. The eleven time NBA All-Star (making the roster the last two seasons) possesses two gold medals with his version of the Dream Team, but hasn’t made it to the Finals in his career which began in 2005.

As quick as Phoenix slid into the postseason, they almost looked like a whale who lost too much money too quickly in Vegas. You’ll never believe this, but Chris Paul suffered an injury. Again. For the millionth time. The only different thing this time? Phoenix could actually win the Western Conference – if Paul remained healthy and as long as they avoided the Lakers. Gulp.

The Suns drew the defending World Champion Lakers (and LeBron James) for the opening round of the playoffs. This story is so good. It can’t end so early in the run. It turns out that the Lakers received a seed well earned at the number seven spot. LeBron James can’t pass it to LeBron James. At least, not legally. Anthony Davis helped even the series, but couldn’t provide any spark in the late games of the series. Speaking of those, Phoenix unleashed some aggression in Games Five and Six. The Suns won Game Five by thirty and held a thirty point lead for the media viewing portion of Game Six. Trust me, no one watched that disaster until the end.

That takes us to the West Semifinals where Phoenix faces newly minted Most Valuable Player Nikola Jokic. The Joker will get the ovation from the Denver faithful on Thursday evening, but there’s a long history of MVP’s coming up short of a title run. The Suns win Game One with pure team basketball that provides a thrill with anyone in love with unselfish basketball. All of the Suns starters finished with double digits in points and a plus/minus figure that hovered around +13. All of them. Sprinkle in a few double-doubles and Phoenix no longer looks like the wise guy special at 8-1 that a guy heard about as a tip from a guy he knows.

It’s still a long series and it’s still only one game. Denver will get in it at some point during the series. Just look for the stellar teamwork to lead Phoenix to the next round and beyond. They’ve made the Finals twice as a franchise. They’ve won zero of those.

If you happen to believe in fate, consider this: Paul Westphal made both Finals series (one as a player, one in his first year as the Suns head coach). He’s in the Phoenix ring of honor with his number 44 up in the rafters. He didn’t spend a ton of time as a Sun, but man did he pick the right years. Westphal and Phoenix became synonymous with success. He lived on the All-Star team, landed on the postseason first or second teams and played the best basketball in his life as a member of the Phoenix Suns. As a coach with Phoenix, he took over for the great Cotton Fitzsimmons and made them better. He made the playoffs for three straight seasons and management didn’t believe in him after he tossed in a poor performance in his final year. He’s one three-pointer from John Paxson away from a seventh game in 1993. (That would also save hundreds for my brother and his therapy bills.)

Westphal died on January 2nd this year. In the midst of the pandemic, Westphal dealt with the beast of brain cancer. Not many beat that and Paul passed away at the age of 70. Sports can become so beautiful and poetic at times. This is one of them. Win it for Paul.