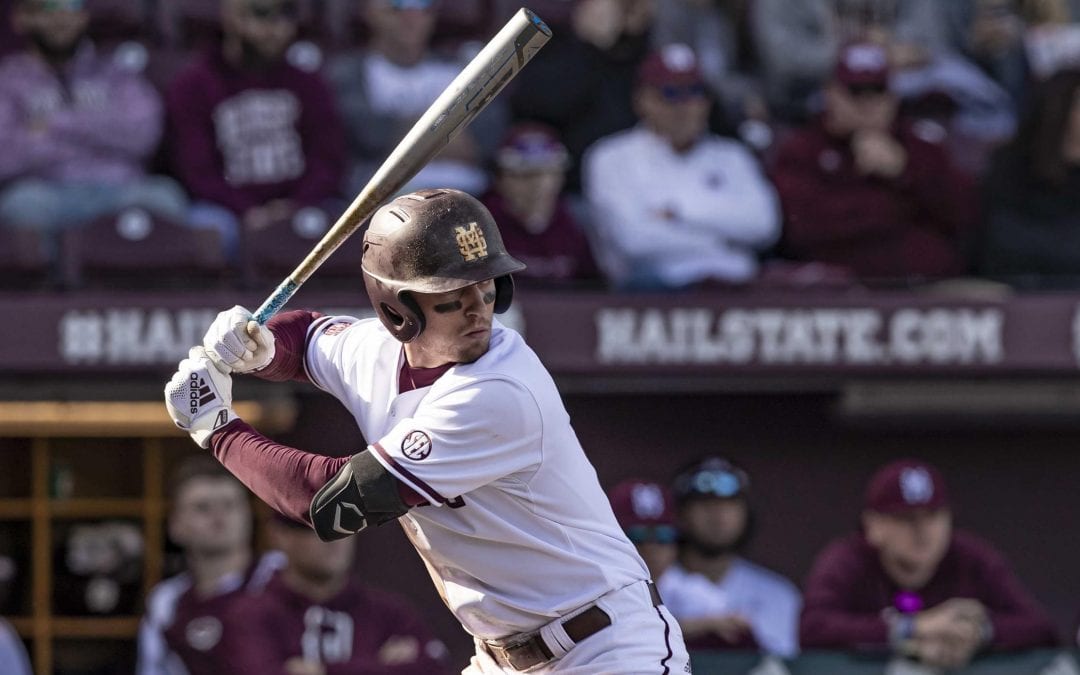 What will minor league baseball look like in 2021? It’s December 8th and we have no idea. At least one Baltimore Orioles minor league affiliate will be gone, the seasons at each level will be shorter, and an entire level of minor league baseball will disappear. As usual, Major League Baseball is going out of its way to stunt the growth of its fanbase.

There’s also the biggest lurking variable out there in COVID-19. Things aren’t getting better and there’s serious doubt about being able to put thousands of fans in minor league ballparks come March/April of next year, meaning the possibility of another year of financial turmoil across the minor leagues. Recent vaccine news is a good sign, but it’s going to take a miracle to have a “normal” MiLB season.

But let’s not try and guess at what the world will look like in three or four months and focus on what is sure to be one of the bigger storylines in 2021 for the Baltimore Orioles (much like 2020), player development.

This year wasn’t a complete waste for minor leaguers. Orioles fans saw small glimpses of what  went down in Bowie at Baltimore’s Alternate Site this year and saw the effects at the major league level as Ryan Mountcastle exploded onto the scene in his practice rookie season (Mountcastle will maintain his rookie eligibility in 2021), DJ Stewart broke out of his early-season funk in a powerful way (however, his subsequent slump is equally as telling), and Cedric Mullins emerged as a viable major league outfielder after being written off by just about everyone. Rookie pitchers Keegan Akin and Dean Kremer also impressed in their small handful of outings, earning themselves rotation spots in 2021.

However, there are plenty of minor leaguers across the system who may find themselves pushed out due to fewer affiliates or their inability to overcome a lost year of games. There’s more competition down on the farm for innings and at-bats which is ultimately going to make the organization better as a whole. Despite the negative effects of a new world of minor league baseball, this will provide an opportunity for more individualized instruction and force the best prospects to rise quickly or be left behind.

There’s plenty to unpack there, but let’s finally get to the point of this piece and talk about four specific Orioles prospects fans should have at the top of their list to pay attention to in 2021. Hopefully, we are able to come together and watch these guys live at the ballpark sooner rather than later.

I normally stay away from the prospects at the very top of an organization’s list when writing a piece like this, because you only need so many articles out there saying “this player is elite” before we get it. But it feels like 2021 is going to be a crucial year for Grayson Rodriguez, the top pitching prospect in the Orioles system and 10th best right-handed pitching prospect in baseball, per MLB Pipeline.

We saw the improvements from John Means this season, witnessed the bullpen rise into one of the top bullpens in the major leagues, and watched as Keegan Akin and Dean Kremer both made impressive rookie debuts in 2020. Mike Elias is stock-piling talent on the farm, greatly increasing the quality of players in the system, and the behind the scenes work is clearly producing a better product on the field.

Elias was even recently quoted as saying, “I don’t know that I would trade our starting pitching in the minor leagues right now for anyone else’s.” Just look at the projected minor league rotations from my On The Verge co-host Bob Phelan, recently acquired prospect Kevin Smith could find himself in the backend of the Norfolk Tides rotation, someone who the New York Mets said would likely be their number five starter at the major league level in 2021.

The above reasons have only fueled the excitement for Rodriguez as he prepares to make the jump into the upper levels of the minor leagues. He’s included here for one reason.

As a 19-year-old in full-season ball, Rodriguez struck out more than 34% of hitters and posted a 0.99 WHIP. Despite no 2020 minor league season, reports out of Bowie highlighted a 95+ mph fastball that reached 98 mph and his ability to learn how to pitch against elite hitters like Adley Rutschman and hitters with big league experience like Mullins and Stewart, who you aren’t getting out with just an overpowering fastball.

Rodriguez will be just 21 this season and should log a significant number of innings at the Double-A level. He isn’t just the top pitching prospect in Baltimore’s system, but all of baseball and a big 2021 season will not only continue to catapult him up prospect lists, but hopefully ease a few concerns about the Orioles ability to produce high-quality pitching prospects. Every conversation about the future of this team seems to revolve around Rodriguez and DL Hall and 2021 will go a long way in telling us exactly what we can expect from these two.

Reviews of the Orioles 2020 draft seemed mix at the time, but it was very clear that Mike Elias had a formula in place and he stuck to his plan when taking guys like Heston Kjerstand, Hudson Haskins, and the one pick who I’m most intrigued to see in 2021, infielder Jordan Westburg.

Westburg was average as a freshman in the SEC, posting a .707 OPS with a 25% strikeout rate, but showed a marked improvement as a sophomore. Westburg cut his strikeout rate to 20%, increased his OPS to .874, and hit six home runs with 20 doubles. He failed to make a Team USA squad after the 2019 season, but dedicated himself to improving his game in the Cape Cod League where he hit .326 with four home runs and showed improved control of the strike zone.

Westburg has turned failures into success and slumps/benching into hot stretches during his collegiate career and every single report on him highlights his coachability. Evaluators took notice of his improvements, naming him one of the top draft prospects in the Cape after the 2019 season, projecting him as a late-first, early-second round pick with a high ceiling to be excited about.

Westburg hasn’t shown the in-game power many believe he will eventually tap into yet, but when you watch his swing, it’s easy to spot the potential in his bat. Baseball America named him the most athletic prospect in the Orioles system right now, which will help him find a home somewhere in the infield as he moves up the ladder. He isn’t expected to stay at shortstop, but if he can tap into his power potential and limit his strikeouts against advanced pitching, a future infield of Coby Mayo, Gunnar Henderson, and Jordan Westburg is extremely exciting.

The current narrative is that the Orioles are thin when it comes to middle infield depth, which just isn’t true. A big debut in 2021 for Westburg will go a long way in changing that narrative.

One of the strengths of the current Orioles roster is the outfield. With Ryan Mountcastle, Austin Hays, and Anthony Santander possibly starting Opening Day in Baltimore, and prospects like Yusniel Diaz and Kjerstad also in the system, the Orioles are going to have some tough decisions to make in the near future.

The next tier of outfield prospects consists of a large group of prospects with standout tools, high floors, and ceilings high enough to develop into future major league talent. That includes one recent draft pick who you will want to get out to the ballpark to watch in Kyle Stowers.

Stowers was selected 71st overall in the 2019 draft and was one of three Stanford players Elias drafted that year (Maverick Handley, Andrew Daschbach). He fits the Elias mold in being a Power Five bat with high exit velocity numbers and solid power from the left side. Show me any left-handed power-hitting prospect in the Orioles system and it will peak my interest.

Stowers hit just .216 in his first action in pro baseball with Aberdeen, but he logged six home runs, 13 doubles, and a 102 wRC+. Reports from the organization loved his all-field power and high exit velos, despite the less than stellar numbers he put up. The track record is there, including a .926 OPS and 20 extra-base hits in 34 Cape Cod League games in 2018.

There’s a lot of outfield depth in this system, increasing the odds that at least one hits (beyond the Diaz/Kjerstad duo at the top of the list). Stowers could be that guy and 2021 will tell us a lot.

Can I also throw a super sleeper name out here? Lamar Sparks. A fifth-round pick out of high school in 2017, Sparks is a true center fielder with raw power and speed, but significant injuries have limited him to just 78 games, all at the GCL level. He’s 22 now and 2021 will be his first full season of pro ball, but keep his name in the back of your mind.

I didn’t rank these in any particular order, but Gunnar Henderson is number one on my list of Orioles prospects I’m excited to watch in 2021.

The 19-year-old 2019 draft pick saw 29 games of action in his first pro season as a member of the GCL Orioles, seeming to settle in over his final few games after some early struggles. Now, after a summer of working out at the Orioles Alternate Site, Henderson has quickly become the prospect darling of 2021 in Birdland.

Reports out of Bowie highlighted a few things that make Henderson a highly anticipated prospect heading into the spring. First, there was his noted struggles against top prospect arms like Grayson Rodriguez and pitchers with MLB experience, but managers from Brandon Hyde to Norfolk manager Gary Kendall noted his impressive at-bats later in the summer as he adjusted to facing pitchers very few 19-year-olds are supposed to have success against.

There’s also the reports out of camp that note Henderson’s ability to play an impressive shortstop. Much of the talk has been about his eventual physical growth moving him to third base, but that may not be the case with his elite physical skill set.

Do the Orioles have a Top 100 shortstop prospect with plus-power from the left side of the plate, a plus-glove, and the ability to be a future All-Star shortstop at the major league level. That’s the hope. He’s very young, but a solid 2021 campaign will send Henderson flying up prospect rankings.

This list could have been 45 players deep, but these four prospects top the list of intriguing prospects Orioles fans should pay attention to in 2021.