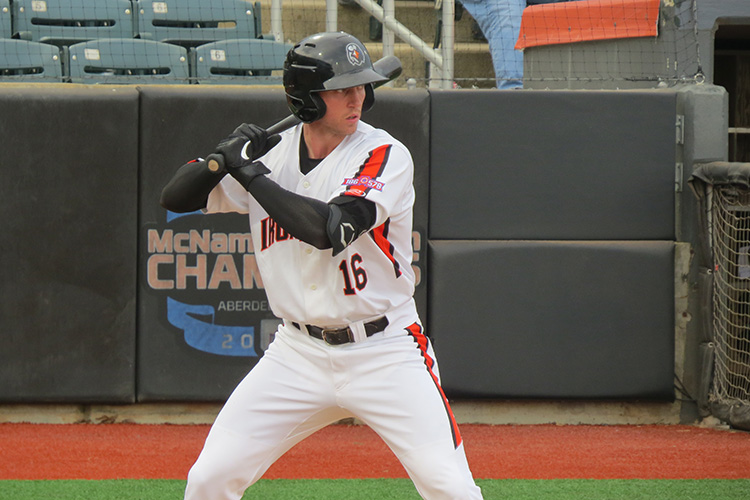 Earlier this week, we published an update to Baltimore Sports and Life’s Top-50 Prospects list for the Orioles’ farm system. The list features several players who have moved up significantly since our January rankings, thanks to their excellent performances during the 2021 season.

The fact that the list has grown from our traditional 30 prospects to 50 naturally means that more players are ranked. In the bigger picture, however, the list also shows just how far some players have boosted their prospect stocks with big seasons in 2021. (Here is the full Top-50, along with an overview that Bob Phelan, Nick Stevens, and I did in an episode of On The Verge.)

Over this piece, I will highlight the players that have boosted their stocks significantly this year. While a few players are emerging on the radar with more professional experience, others are bouncing back from shaky 2019 seasons and showing significant improvements in 2021.

Bradish jumped from 20th on our list in January to eighth in July, thanks to an impressive 2021 campaign that began with a dominant three-start stint at Double-A Bowie before a promotion to Norfolk. While Bradish’s performance has been a bit more erratic in Norfolk, he has shown enough this year to force his way into the conversation about the best pitching prospects in the system not named Grayson Rodriguez or DL Hall.

Walks have long been a concern with Bradish, and he will need to cut them back going forward. However, a powerful fastball and an impressive curveball highlight a four-pitch repertoire that could allow him to stick in a major-league rotation. At 6’4”, 220 lbs., Bradish also has the build of a workhorse starter. The fact that he was able to ascend rapidly to Triple-A despite throwing just 101 career innings prior to this season speaks volumes about the strides Bradish is making with his development.

Coming into this year, the book on Westburg (pictured above) was that he was an athletic player who could boost his stock if he was able to tap into his raw power at the professional level. He has done just that this season, batting .310/.414/.483 with six home runs and 16 doubles in 280 plate appearances between Low-A Delmarva and Aberdeen. He also shown versatility in the field, logging time at shortstop and third base, and stolen 12 bases in 16 attempts.

Those factors allowed Westburg to move up four places on our list, jumping from 10th to sixth. If he maintains his offensive breakout, while settling into a position on the infield—I would like to see the Orioles try him at second base, eventually—he should climb even further.

Since his days as Stanford, Stowers has had a reputation as a power hitter with an aggressive swing who can draw his fair share of walks but also strike out at a high rate. While those trends have continued this season (33% K rate, 16% BB rate in 268 plate appearances), Stowers has put up impressive numbers across two levels. Between Aberdeen and Bowie, Stowers has batted .290/.410/.534/ with 13 home runs. With those results, Stowers jumped from 21st to 17th in our rankings.

Stowers is likely always going to be a player who strikes out a high rate, but this season provides at least some hope that the strikeouts will not completely hold him back. For an organization that has a reputation for valuing athletic players who hit the ball hard, to the point of sometimes seemingly dismissing strikeouts, the Orioles could have an interesting case study for their formula in Stowers—who is exceeding expectations this year.

Before this year, Ortiz was regarded as a glove-first shortstop who failed to hit the ball hard enough to find success at the plate, despite a patient approach and decent contact skills. Thanks to work he put in over the offseason, Ortiz emerged as a much better hitter this year, slashing .265/.353/.449 in 156 plate appearances—allowing him to jump to 24th in our rankings after missing the Top-30 in January. His breakout season unfortunately came to an early end, as he was placed on the injured list last month with a torn labrum.

The labrum tear was in Ortiz’s left (non-throwing) shoulder, so hopefully it will not harm his prospects over the long run. The Orioles farm system has become much deeper in its middle-infield depth in recent years, but Ortiz stands out in the group because of his defensive ability and solid plate approach. If he gets back on track next season, he will resume his rapid climb through the farm system.

Despite a solid collegiate track record at Elon, Brnovich came into this year as sort of a mystery. He was drafted by the Los Angeles Angels in 2019 and did not pitch after signing with them, only to be traded to the Orioles that offseason along with right-handers Bradish, Isaac Mattson, and Zach Peek for Dylan Bundy.

With the pandemic wiping out the 2020 minor-league season, Brnovich did not make his professional debut until 2021. However, he has made a strong first impression. A solid performance this season earned him a promotion from Aberdeen to Bowie, and he is now ranked 31st on our Top-50 list. While Brnovich generally throws his fastball in the upper 80s/low 90s, his pinpoint command and dominant knuckle-curveball have allowed him to strike out 65 batters in 51 1/3 innings pitched while walking just 13. It remains to be seen if that mix of pitches makes him better suited for a relief role but, for now, Brnovich is making some of the strongest gains of any Orioles prospect.

Knight’s stock took a dive in 2019, when he was rocked with a 6.13 ERA in 83 2/3 innings at High-A Frederick after a promotion from Delmarva. That left many fans down on him before this season, but Knight has rebounded in a big way by delivering a 3.02 ERA in 53 2/3 innings pitched between Aberdeen and Bowie. In that stretch, Knight has struck out 55 batters while walking just 12. He currently ranks 34th on our list.

Part of the reason for his success is that Knight is a showing a better feel for his repertoire of pitches that includes a fastball that runs into the upper-90s and a good slider. Eligible for the Rule 5 Draft after this season, Knight is pitching well enough to warrant consideration for a 40-man roster spot.