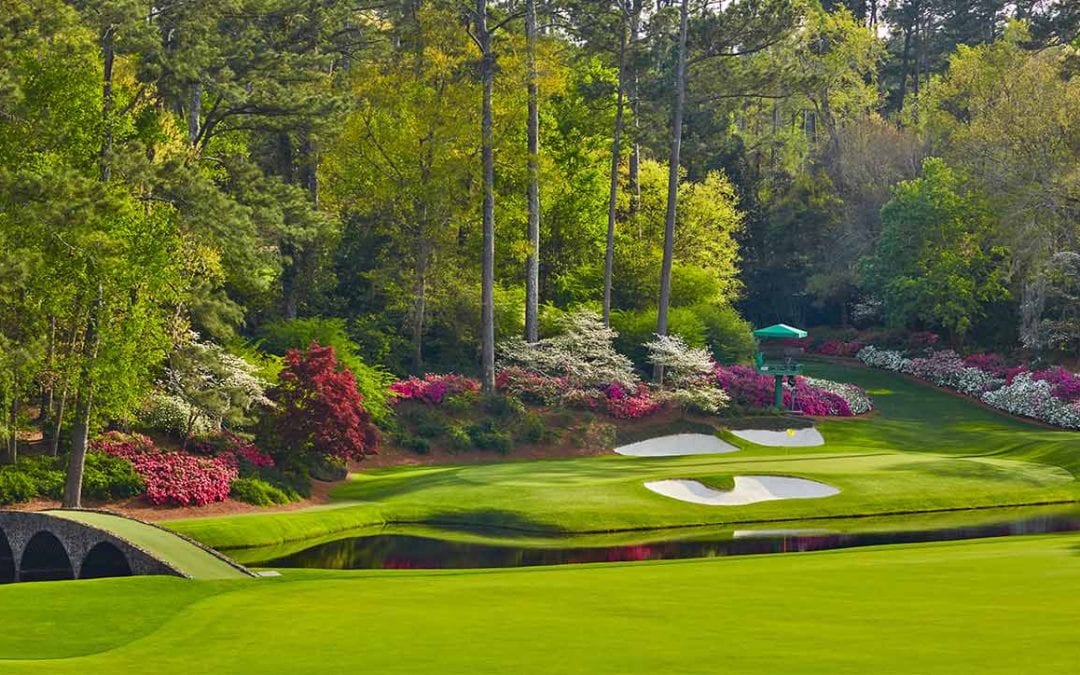 When I was a freshman at the University of South Carolina, I inevitably had the same cashier ringing up my daily breakfast on campus. One day – out of nowhere – she looked at me and told me The Masters had an hour fog delay. I’m unsure if she knew I loved sports or if she just was bursting with this piece of information that she had to tell the next person in line. That’s when I learned how intertwined this golf tournament became with the southeast. You don’t have to flaunt a handicap near three to enjoy one of the more noticeable rites of Spring.

In the last two years, The Masters took place once in November and held the final round Sunday twice with an early morning start. The coronavirus pandemic helped move the April spectacular to an unfamiliar place on the Augusta calendar – November. Nothing felt right during the fall Masters. The usual artifice that lines the course seemed harder to look past. Dustin Johnson, the winner of the golf tournament at 20-under-par (a Masters record) treated this golf course with demanding greens as a pitch-and-putt. CBS had to rework its college and pro football schedule around the weekend play already hampered by November’s short days. Everything looked like The Masters. Nothing felt like it. A limited number of spectators seemed to pop up every now and again on a green, but the roars of a Rory eagle or Bryson drive were silenced.

There’s an abundance of hope on the first tee and beyond for the 85th edition of this great event. A vaccine to end Covid continues to pump away at production lines. The best players in the world enter with enough storylines to fill a few hours on cable news. Jon Rahm, in search of major number one, just became a father last weekend. Does South Carolina’s Dustin Johnson have the same impeccable short game he displayed just six months ago to become a 2-time Masters champion in the same season? Can Lee Westwood, in the winter of his career, continue his sparking hot play and win his first major? What about the man playing with a broken knee in Brooks Koepka, who looks to hop along the scenic layout in search of a green jacket? These are the stories golf fans never tire of in the days that lead up to a major.

For the record, I’ll take Rory McIlroy to win on Sunday afternoon and conduct the awkward interview in Butler Cabin. In the opening round of the last handful of majors, Rory’s compounded his errors more than the Pittsburgh Pirates. The big difference comes with him hanging around on the weekend and still finishing with a good enough score to come in the top ten. If McIlroy can compress his hatred of the 13th hole, a hole that destroyed his dreams of a career grand slam early in his still blossoming career, he’s got a shot at a lot of green – jacket and bills. I also really like a name you likely haven’t heard of, but should. He’s South Africa’s Christiaan Bezuidenhout. Ranked 35th in the overall world golf rankings, the twenty-something made the cut in November and finished with a respectable score. Sometimes there’s an absolute hunch that goes into making a prediction. It’s the ten year anniversary of when I predicted Charl Schwartzel to take home the top prize. In the mad scramble over the last four holes of the event, Schwartzel kept draining birdies. That helps. Charl walked away with a membership to one of the more exclusive clubs in all of sport.

There not a lot of filler at The Masters. Rickie Fowler’s not in the field. Did you even realize that? One of the most photogenic properties in the game won’t drive down Magnolia Lane this week. Fowler would use all kinds of hackneyed cliches to describe his game, attitude or life balance. Here’s the truth: he stinks. Fowler might appear in a boatload of advertisements while at the same time not appearing on the first page of the leaderboard. The bigger problem for Rickie? The guys nipping at his heels are much better and could swallow him up to eventually get lost in the wash. He’s also 95th in the world. The 90-odd players deserve their playing badge this weekend.

Life still very much sucks for a lot of people in the world. We’ve lost mothers and fathers, brothers and sisters, friends and acquaintances. And it’s not over yet. There’s a counter on CNN during the day that indicates how many cases and deaths of Covid have taken place that day and overall. It only counts up. Long term projections have us getting back to normal, whatever that is, by fall. Next year could see a sellout at the Augusta National Golf Club. I’ll eat a pimento cheese sandwich if that takes place.