The Sweet 16 As Ranked By NCAAT Performance So Far 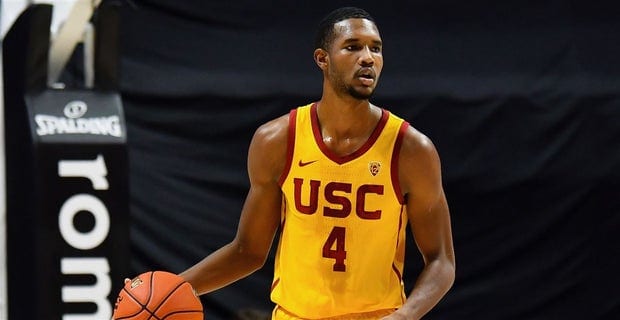 We’re down to sixteen teams and fifteen games that will determine the champion in this unpredictable Indiana-only NCAA Men’s Basketball Championship. Time to take a look at how the teams are ranked based on their performance in the tournament. These rankings won’t match the rankings you will see in other articles that do the same thing. So, why are they different? I believe that by the time we reach the round of 16, the seed becomes meaningless. While you might disagree, I’m the one writing the article. So there. The countdown begins with the least likely team to win the tournament.

Recap: The giant killers remain alive and very well. They needed to survive two close games in the Summit League semifinal and final as the 4-seed in the conference tournament. ORU then made eleven 3-pointers (with 70 total shot attempts) in an upset against Ohio State. They hit ten more against Florida two days later. I love the underdog story. You love the underdog story. We’ve just never seen the underdog story win it all and that’s what this is all about at this point of the dance.

Recap: It’s certainly not Phi Slamma Jamma. Rutgers made the Cougars fight for every single basket in their second round matchup. Houston passed the test, but this certainly doesn’t fair well for a team that plays against a zone next round. You have to think that the Cougars would want anyone – including Gonzaga – but the Orange in the Sweet 16. The Scarlett Knights outshot the Cougars in every facet of the game. Good thing Houston can rebound the ball. The Cougars won’t stay in Indianapolis for another week.

Recap: The lucky dog award for the first weekend of the tournament goes to Creighton. Edging UCSB by a point in the first round, the Bluejays beat up on Ohio in the second round. No offense to friends of these programs, but Creighton faces a gigantic step in competition in the regional semifinal against big, bad Gonzaga. Creighton needed to hit free throws with 1.9 seconds against UCSB. Sure, every champion goes through a “just barely” game. It rarely comes in the first round. Creighton will absolutely prove they are in elite form if they beat Gonzaga in the regional semi.

Recap: Let’s hear it for the South region everybody! Arkansas and Houston both share the same story of how round two took place. Both teams won, but were pushed to limit and didn’t play their brand of basketball. Arkansas couldn’t hit a 3-pointer with the same consistency of Texas Tech. They only hit four in that game and five against Colgate in round one. Even though they blew out Colgate in the opener, Arkansas must find its form from the outside against one of the better distance shooting teams left in the draw.

Recap: Following the path to success carved out by Creighton, Villanova jumps up four and a half miles in competition against Baylor this weekend. Out rebounded by Winthrop in their opening game, the Wildcats don’t necessarily show a tremendous supply of deficiencies. Villanova also doesn’t put much fear into the opposition, especially when the next team they face seemed to be half of the “Gonzaga or Baylor is the best team in the country” story arc. Show me you belong in the upper crust of the tournament, Nova Nation.

Recap: Outplayed a better West Virginia team in the second round, but really left a head scratcher from an analysis standpoint. Syracuse almost tossed the game away in the final seconds as West Virginia trapped the Orange many times with a turnover involved. Syracuse becomes an interesting wild card because of Boeheim – the father and son. Jim Boeheim plays a zone with man-to-man principles. Buddy Boeheim drills 3-pointers. Both need to click four more times to cut down the nets. Think they run out of steam somewhere.

Recap: The only team to win three games in the first week comes from the conference of champions, who continue to dominate this tournament. It’s gotten easier for the Bruins after a nail-biting finish against Michigan State, a fine win against a sneaky great BYU team and an absolute blowout against a team just happy to be there in Abilene Christian. The problem with the Bruins comes more from the eye test of them still not one team on the court. They haven’t gelled yet and that’s an issue in March – and one Alabama wants to expose this weekend.

Recap: Kind of an odd read on the PAC-12 conference tournament champions who enjoy one heck of a heater right now. They flat out stunk for most of the season. Now they haven’t lost in a long while and took down Cade Cunningham and company with an eye popping 32-35 from the free throw win against Oklahoma State. In a wide open region without a 1-seed, Oregon State will have to face Sister Jean and Loyola Chicago this weekend. They’ve got more than a prayer in this game.

Recap: We’ve reached the point of the countdown where I truly believe any of the remaining teams can win the championship. Florida State beat a cold-shooting Colorado team in the second round, but couldn’t secure more rebounds than the Buffaloes. That’s extremely uncomfortable. What’s worse? The Seminoles went 0-9 from 3-point range in the first round game against UNC Greensboro. Now they face a top seed in Michigan. Rut roh.

Recap: This pretty much seals the deal that I’m going to purgatory, at least. The Ramblers are ticked off they have that pesky 8-seed by their name and showed Illinois just how important numbers are this time of year. It’s a wide-open Midwest, and they might make it to the Final Four, they’d just have to likely play Baylor and Gonzaga. Not even Sister Jean has that kind of pull with the Big Guy.

Recap: The Wolverines don’t have a key player (Livers) and almost lost to an outstanding (except the head coach) LSU team. Michigan needs to get to the hoop and rely on the assist. They pulled in 22 helpers against LSU. There’s just something about this team that doesn’t click. Maybe it’s Howard in his younger days as a head coach. Maybe it’s because this team is beyond overdue for a bad game. Maybe it’s the ghost of the timeout by Chris Webber. Howard can remedy a lot of that pain with four more wins in Indianapolis.

Recap: You didn’t see this coming. The best team in the country with zero losses on the resume easily took care of its first two opponents. They are even money to win the championship. It’s hard to even knock against them in any part of the game. Why on earth are they the fourth best team left? Forget the Creighton game. They should win easily. The real wildcard game comes in the elite 8 against Oregon or USC. Oregon can hang with Gonzaga for 40 minutes and at its fast pace. USC’s playing its best ball of the year. It’s a bad draw for the Bulldogs. And they still remember the WCC title game where BYU almost beat them.

Recap: Ask any Terp fan about Alabama and you’ll get a direct and to the point answer: they can shoot the three. Alabama made 16 three-pointers and shot nearly 50% from long distance. Near the end of the first half and beginning of the second, it probably looked like the Crimson Tide piled up a shooting percentage of 100. The Tide out rebounded the Terps by twenty in the game. Thirty nine total rebounds. The Tide might enjoy the easiest path to the Final Four.

Recap: When we get this far down in the countdown, any flaws the team exhibits are nit-picky. Baylor’s an exceptional team (mostly on defense) and could win the national championship. Why won’t they? Free throws. The Bears clock in at just around 70% from the line as a team. Baylor’s the best team from the best conference and won their conference tournament. The Bears are the second choice behind Gonzaga to win it all. I just don’t think they will do it.

Recap: The Trojans beat Drake by 16. They owned Kansas, beating them by 34 points and are hotter than a firecracker right now. Call this conference of champions bias. It’s a pick that not many people outside of LA will make, and half of them don’t even know a basketball tournament is ongoing. Just go back to the Kansas game and remind yourself how they demolished the Jayhawks. USC treated KU like a 16-seed. The numbers: 57 percent from the floor, 62 percent from distance, 12 more rebounds and six more assists. They have the Freshman player of the Year in the conference, the player of the year in the conference and the defensive player of the year in the conference. He’s Evan Mobley. I’d watch him this weekend.