Will The Baltimore Orioles Change Existing Perceptions This Winter? 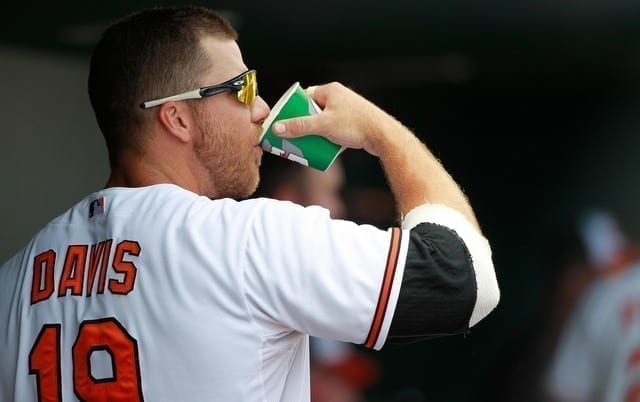 There are 17 games left on the schedule for the Baltimore Orioles. As the O’s would need to essentially win each of those outings to potentially be the 2nd Wild Card; it seems safe to focus our attention on the forthcoming off-season.

Here we will present our perceptions for this Winter as they exist here in the middle of September. Let us know where you think we might be surprised.

As we’ve said a few times previously, we continue to anticipate that Duquette will return. We’ve seen recent articles elsewhere (Stan Charles, PressBox), and (Peter Schmuck, Baltimore Sun) articulating arguments for Duquette’s return. For me it is boils down to the belief that Buck Showalter, Duquette, and Peter Angelos have a relationship which works. It’s hard for me to envision a scenario where Angelos wants to go through bringing in new-blood, or that Duquette is going to want to step-away. Angelos has trouble trusting anyone. With Duquette (and Buck), he has an Executive he’s comfortable with running the Baseball Operations of his organization. Duquette was out of MLB for a decade. He’s going to leave with time remaining on his contract? No, he will want to correct what went wrong this year (by his own account, of which he holds some responsibility).

Perception #2) If Duquette did leave, VP of Baseball Operations, Brady Anderson is the favorite to replace him.

While I think the odds are highly probable Duquette returns, you have to at-least consider the possibility that he does not. If Duquette and the O’s do say good-bye, the question would become who would replace him? Internally, the best candidate is Anderson. When the Duquette / Toronto rumors broke, it was stated that Ned Colletti, Kevin Towers, Omar Minaya, and Kevin Malone were options the O’s had interest in. While we like Anderson, we would also like to see guys such as John Coppolella, Matt Klentak, Mike Hazen, Paul DePodesta, and Logan White be considered. My guess is that Anderson would be paired with someone like the aforementioned Colletti, Towers, Minaya, Malone crew; and the others mentioned would not even be brought in for an interview.

If Duquette leaves, confidence level that Anderson gets the job? 55%

Perception #3) The Orioles will make an effort to retain Chris Davis, that ultimately proves to be unsuccessful.

Last week we interviewed ESPN’s Dan Szymborski. In that interview, Szymborski stated he thought Davis would ultimately sign for 4 years at $60-$70M. Last Winter, FanGraph’s Neil Weinberg, and ESPN’s David Schoenfield were asked what contract they thought Davis would get if he posted an fWAR of 4.5 in 2015? (Davis’ fWAR as of today is 4.5.) Both analysts said under $100M. Earlier this week, MLBTR’s listed their Free Agent rankings. In that ranking, they suggest Davis will be in the market for a 7 year deal, with mid $20M annual salaries.

Those are large ranges. Only the O’s know what they will be comfortable offering. When the World Series ends, they will have a 3 day window where they have the ability to exclusively negotiate with Davis (and their other Free Agents). Davis and Agent Scott Boras will be on their own schedule, and will want to see what is available to them when they go to market. While that is understood, nothing should prevent the O’s from making their best pitch. I would like the O’s to say to Davis, this is what we are willing to do. If you’ve made your best offer, and he doesn’t say yes, you move on with the definitive knowledge that he’s gone and that you need to address his departing production.

It’s not hard to imagine a team like Houston making a large run at Davis. The pitch being no State tax, come home to Texas, be the final piece.

I can picture the O’s making an offer as substantial as 5 years $100M. What I can not picture, is the O’s ultimately doing what is necessary to keep him.

Confidence level that Davis has 17 games left in an O’s Uniform?  95%

Perception #4) One of (if not more than one) Dariel Alvarez, Christian Walker, or Trey Mancini will be in the O’s everyday lineup next Opening Day.

On the off-chance that Davis is resigned, I can see the O’s projecting Alvarez as a cheap option to get everyday ab’s at a corner OF position (probably RF) next year.

If the O’s lose Davis, the best available talent to attempt to replace his bat in the lineup are all OF’s – Justin Upton, Alex Gordon, Jayson Heyward, and Yoenis Cespedes.

Theoretically, you could sign one of those OF’s, and go with Walker or Mancini as cheaper options at 1st. Or resign Steve Pearce.

While I do think each of Alvarez / Walker / Mancini could help a roster; I think the upside of each is pretty limited. I look at them ideally as reserves and second-division type starters. Starting one of them could be livable. If you have to start two of them, it would be difficult to believe the goal is actually contending.

Perception #5) Of those OF’s – Upton, Gordon, Heyward, and Cespedes – the only one the O’s could plausibly sign is Upton.

Upton’s OPS is currently .805. If he were to finish at that level, that will be four straight seasons of an OPS between .785 and .833.  I think teams will value the 28 year old at very good, but not-elite. Between that, and Upton being from Norfolk, VA; I think the O’s could have a chance with him. If the O’s are rebuffed with Davis, I can picture the Baltimore Front Office turning their attention to Upton.

Perception #6) Chen will sign elsewhere, and the O’s will be looking to replace his innings with the best veteran they can find on a 1 or 2 year deal; 3 at the max.

It’s been a horrible year for Jeff Samardzija, but he would have some potential to give the O’s a front-end starter at a reasonable price.

Doug Fister we can see. Scott Kazmir a possibility as well.
I can’t see the O’s deciding to go with a Mike Wright, or Tyler Wilson. Some veteran will be added.

Perception #7) Dylan Bundy’s near future is in the bullpen.

Bundy was recently cleared to throw by Dr. James Andrews. While that is good news, even if there are no future physical issues; how can he start going forward?

It would take time to get him to even a 150 inning capacity.

By contract, he has to be part of the 2016 Opening Day roster. One possibility is that he starts 2016 on the 60 day DL. This would delay having him as part of the roster, and give him a chance to get some starting innings on rehab when his DL stint ended.

If the Birds play it straight, and include him on the roster, obviously he can’t be in the rotation. So, you are talking about using him out of the pen, and Showalter will have to be cautious in how he uses the young RHP. At the minimum that would likely mean not using Bundy in back-to-back games to try and help protect his arm.

There were good reports coming from Bowie in Bundy’s limited outings this year. The talent remains. You likely would not want to trade him, as you would be trading that talent at a low value point. (It is possible he could be part of a larger package, but the value issue would remain.)
If you are Bundy (23 in November), I’m sure his sole focus is getting back, and staying on a mound somewhere. Anywhere. Still, while I’m sure his preference would be to be a starter, there has to be some appeal to being in the majors and pitching an inning or two at a time. With his talent, he could quickly go from being a guy used in long-relief, to being utilized in high-leverage situations. He would have to look no further than Zack Britton for a role model. Clearly a successful conversion there, that figures to quickly be lucrative for the O’s lefty.

Confidence that Bundy’s future is in the bullpen? 98%