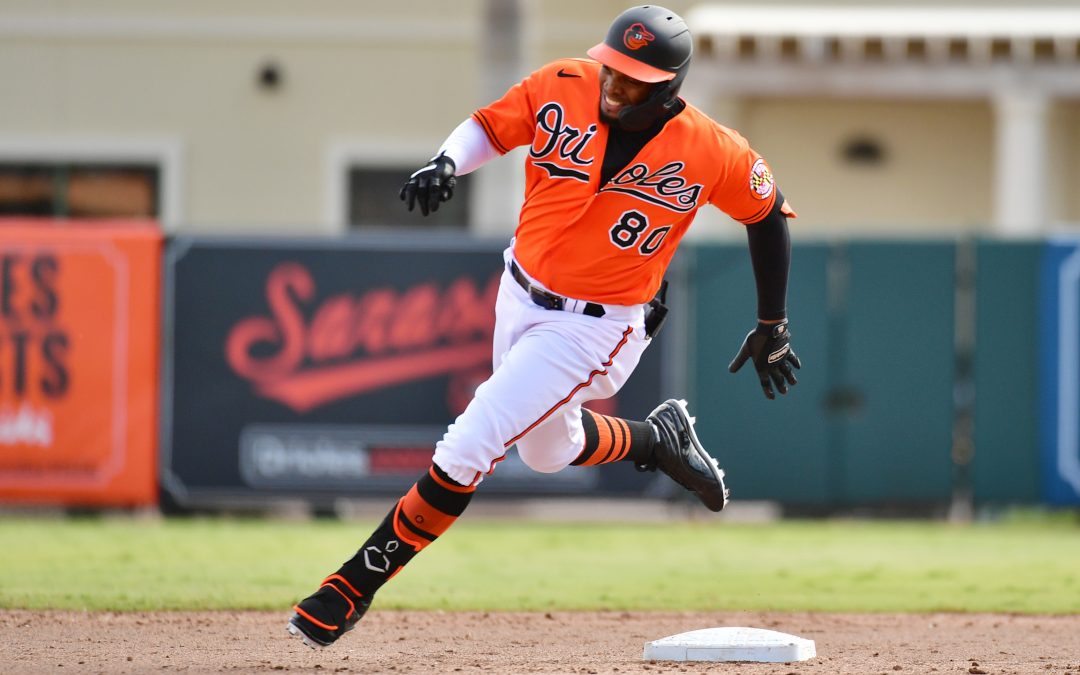 The Baltimore Orioles added six players to their 40-man roster on Friday, effectively protecting them from the Rule 5 Draft and answering one of the most pressing questions of their offseason.

Since the 2020 season ended, there have been questions about which prospects would be protected from December’s Rule 5 Draft by receiving a 40-man roster spot. Among those eligible for the Rule 5 Draft included seven players who we ranked among the organization’s Top-30 prospects back in July, along with several notable minor leaguers. Those who were protected by the Orioles on Friday include Yusniel Diaz (pictured above), Michael Baumann, Zac Lowther, Rylan Bannon, Isaac Mattson, and Alexander Wells. The Orioles entered Friday with five open 40-man roster spots but cleared one more space by designating Renato Núñez for assignment.

Media reports leading up to Friday’s deadline suggested that Lowther, Diaz, and Baumann were all locks to be protected. Diaz placed sixth in our July Top-30 list and was ranked as a Top-100 overall prospect by several outlets as recently as 2019. Although his development has stalled over the past two years—injuries limited him to 85 games in 2019, with the 2020 minor-league season cancelled because of the COVID-19 pandemic—the outfielder remains a productive player when healthy. Diaz will likely start 2021 in Triple-A, but he should force his way into the Orioles’ crowded outfield by mid-season if he performs as expected.

Baumann and Lowther have both been productive pitchers over their minor-league careers. In 297 innings pitched professionally, Baumann has gone 24-13 with a 2.82 ERA and 291 strikeouts. The right-hander has impressed observers with a fastball that regularly sits in the mid-90s and an effective slider, with a curveball and changeup rounding his four-pitch repertoire. The left-handed Lowther, meanwhile, has built a reputation for generating swings and misses despite a fastball that tops out in the low-90s, thanks to the movement on that pitch and his ability to deceive hitters. Both he and Baumann could reach the majors next year, but look likely to begin the season in the starting rotation at Triple-A.

Rounding out the list of protected players are Bannon, Mattson, and Wells. That Bannon was protected is not a surprise, given his skillset as a potential utility player and close proximity to the majors. He could enter spring training with a legitimate chance of earning at least a utility role on the Opening Day roster but, even if he fails to make the majors out of camp, look for him to push for a roster spot during the season. The Orioles could look to him for help at second or third base, particularly if they find themselves in need of an offensive upgrade at either position.

Mattson—one of four pitching prospects acquired from the Los Angeles Angels in last year’s Dylan Bundy trade—is knocking on the door of the majors after spending this summer at the organization’s alternate training site in Bowie. In 2019, the right-handed reliever posted a 2.33 ERA, 1.01 WHIP, and 110 strikeouts in 73.1 innings pitched across High-A, Double-A, and Triple-A. Even if he does not earn a bullpen spot out of spring training, look for Mattson to debut in the majors some time next year, as he is a polished prospect who could help out the Orioles as a middle reliever.

Despite his success throughout his minor-league career, the left-handed Wells looked like he could get lost in the shuffle as the Orioles sorted through a deep pool of options to protect from the Rule 5 Draft. It seems that the organization ultimately believed his consistency throughout his minor-league career made Wells a target to be chosen by another team, helping him to earn a 40-man roster spot.

Since debuting with the organization in 2016, the Australian native has posted a 2.82 ERA over 475 career innings, while walking just 76 batters (good for a 1.4 BB/9 rate). He has been successful despite a fastball that generally runs in the upper 80s/low 90s, a pitch that he mixes with a combination that includes a changeup, curveball, and a slider. Wells has yet to pitch above Double-A, so I expect him to join Baumann and Lowther in the Triple-A rotation next year. His likely ceiling in the majors is as a back-of-rotation starter or bullpen option, who will need to rely on precise command to keep hitters off balance.

As for those the Orioles left unprotected, the most notable is hard-throwing reliever Zach Pop—one of the players acquired from the Los Angeles Dodgers in exchange for Manny Machado in July 2018. Pop was Rule-5 eligible for the first time this year, and I thought that his ceiling as a dominant late-inning reliever might prompt the Orioles to protect him, despite the fact that he has not pitched in a game since undergoing Tommy John surgery early in the 2019 season.

The Orioles, however, did not make room for Pop while protecting Wells. I believe that Pop has the highest ceiling of those two pitchers, but he comes with question marks given that he has not pitched in almost two full years. From my perspective, the Orioles must feel that the questions surrounding Pop’s recovery will deter teams from selecting him in the Rule 5 Draft. Anyone who selects Pop in the major-league phase of the Rule 5 Draft would be taking on a reliever with considerable talent—his fastball touched 100 mph before the surgery, and he was pitching in Double-A at the time of his injury—but one who is also far from certain to stick on a major-league roster for all of 2021.

If Pop slips through the Rule 5 Draft, the Orioles will likely put him in the minor leagues at the beginning of the season and see how he performs. He would likely pitch most of the season in the minors, but could earn a major-league bullpen role by late summer if he makes a successful return to the mound.

While I believe that Pop is the unprotected player that could be the most intriguing to other teams, there are some other notable prospects who did not receive 40-man roster spots. Reliever Cody Sedlock and catcher Brett Cumberland both slipped through the Rule 5 Draft last year and that should be the case again in 2020, though I wouldn’t be surprised to see Cumberland work his way on to the 40-man roster during the season if he is healthy. Mason McCoy provides value with good defense on both sides of the second base bag, but will likely need another season in the minors to prove that his offensive breakout in 2019—when he hit .290/.345/.378 in 596 plate appearances between High-A Frederick and Double-A Bowie—is not an anomaly. At just age 22, Brenan Hanifee is on the younger end of Rule 5-eligible prospects, and could pitch his way into the conversation to earn a 40-man roster spot next offseason, provided that he bounces back from the command issues he showed at Frederick in 2019.

The Orioles entered Friday with five open spots on their 40-man roster but cleared another slot by designating Renato Núñez for assignment. Núñez has been a decent player since being selected off waivers by the Orioles in May 2018, belting 50 home runs in 936 career at-bats with the club (including 31 in 2019 and a team-leading 12 in 2020). However, he has never rated well defensively at either corner infield spot and has just a .319 OBP during his time in Baltimore.

I am not surprised that the Orioles are laying the ground work to move on from the arbitration-eligible Núñez , given that the club faces a crunch in finding at-bats for first base/DH types next season in Ryan Mountcastle, DJ Stewart, Chris Davis (no, he’s not going anywhere), and hopefully Trey Mancini. The Orioles reportedly were not planning to go to arbitration with Núñez —who was projected to earn $2.1 million through arbitration, per MLB Trade Rumors—and he would become a free agent if he clears waivers.