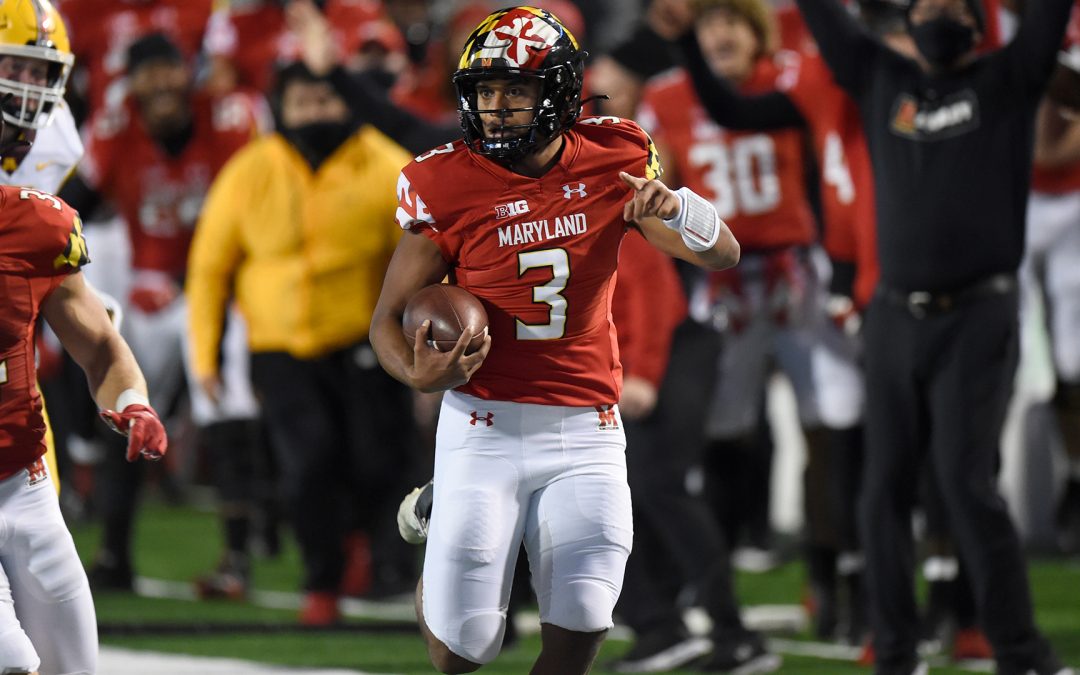 Maryland’s football team enters the 2021 season with an abundance of hope and promise on the offensive side of the ball. Led by junior quarterback Taulia Tagovailoa and a plethora of talented pass-catchers, new offensive coordinator Dan Enos ought to be very excited about the possibilities for his unit this season. There are still some questions about the offensive line’s depth however, and one or more injuries at the position could derail what should be a solid year for the Terrapins’ offense.

While Maryland has typically been led by their ground game in recent years, it was the passing attack that took center stage in 2020. As a team, the Terrapins threw for over 240 yards in all but one game and their quarterbacks completed over 60% of their passes for the first time in over a decade. With over 85% of last season’s offensive production returning in 2021, there’s no reason to believe that they can’t put up even better numbers.

Maryland’s offensive coaching staff will feature three new faces in 2021. Enos was hired to replace Scottie Montgomery, who left after spending two years as the team’s offensive coordinator and quarterbacks coach. He brings 29 years of collegiate coaching experience with him, including 9 as an offensive coordinator. Head coach Michael Locksley coached with him on Nick Saban’s staff at Alabama in 2018, where Enos worked with the team’s quarterbacks.

Burden replaces Joker Phillips, who moved on after spending the previous two seasons as Maryland’s co-offensive coordinator and wide receivers coach. He’s spent his entire career playing and coaching in the state of Virginia, and should give the team a leg up on recruiting the coveted Tidewater area. Most recently, he served on Virginia Tech’s coaching staff from 2015-19. He spent last season founding the G.A.M.E. Academy, an organization which helps high school athletes prepare for the college recruiting process.

While Enos is Maryland’s new offensive coordinator, the team’s scheme won’t change very much. At the end of the day this is Locksley’s system, and it’s very similar to the one he ran while he was at Alabama. The two coaches have worked to streamline some of the communication within the scheme to make things easier for the players, and have also expressed a desire to move with a quicker pace.

Locksley’s scheme is a typical modern collegiate offense which aims to get the ball to his best players in space and let them go to work. He typically likes to do this by spreading the field with 3-4 wide receivers and using run-pass options (RPOs) which give his quarterback the ability to either hand the ball off inside or throw a quick pass. These types of plays depend on near-perfect timing, which can become an issue when you experience a significant decrease in practice time as we saw last season due to COVID-19. With a full offseason to work on this timing, Tagovailoa should be much more comfortable and successful in the RPO game in 2021.

As a counter to the quick runs and passes from RPOs, Locksley will attempt to stretch opposing defenses with occasional deep shots. He typically has a good feel for when such plays will be successful, and we saw that on full display when he was calling plays in Tuscaloosa. With plenty of speedy wide receivers at his disposal, Tagovailoa simply needs to be able to hit them deep with a little more consistency this season.

Locksley also likes to use his tight ends in the passing game, something we saw a lot of in 2019 with Tyler Mabry and Chigoziem Okonkwo. He particularly enjoys utilizing them in the red zone, and his tight ends combined for 5 touchdown receptions two years ago. While a lack of depth at the position last season led to a significant drop in production, there’s more than enough talent there in 2021 for those numbers to return.

Links to my positional previews are embedded in the depth chart above.

The biggest question mark for the offense this season comes at the center position. While Fontaine was expected to take over the starting job after Johnny Jordan transferred to Virginia Tech during the offseason, he’s struggled to keep his weight at a competitive level. The team added Harris from the junior college ranks late in the spring, but he’s not expected to be ready for a starting job this year. Since summer practices began, Branch has received the majority of the first-team snaps at center while Gregory has been starting at right guard.

The majority of the remaining starting spots are set in stone, though the team will likely feature a rotation at the running back and wide receiver positions. With a much deeper group of tight ends this season, Locksley and Enos will have the ability to be more creative with their personnel groupings and formations.

Tagovailoa, Fleet-Davis, Demus, Jr., and Okonkwo were all placed on preseason watch lists for awards distributed annually to the best player at their respective positions in the country. The Paul Hornung Award is given to the most versatile player in the country, while the Wuerffel Trophy is awarded to recognize excellence in community service. In addition to these award watch lists, Demus, Jr. and Okonkwo were named to the 2022 Senior Bowl watch list.

My fellow BSL Terps Analyst Pat Donohue broke down the significance of Tagovailoa, Fleet-Davis, and Demus, Jr.’s presence on their respective award watch lists a few weeks ago.